Trail Cam Captures Cougar Sneaking Towards Group Of Elk, Taking A Calf In The Process 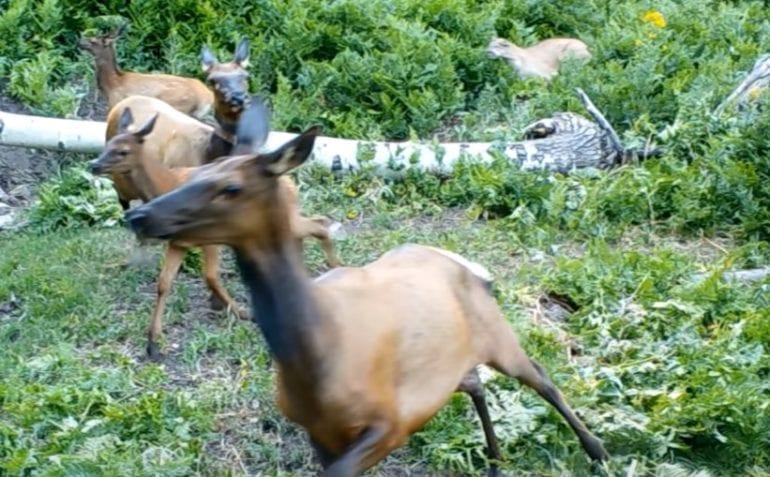 And that’s all she wrote.

A trail cam located at Utah’s Wasatch Range captured the moment a cougar sneaked up to a group of elk, taking a calf in the process. If you follow Whiskey Riff’s outdoors coverage, you know trail cams can catch some absolutely insane moments such as this zombie deer and its shocking open wound, or this Florida man wrestling a puppy from the jaws of an alligator.

In this case, we have a hungry cougar and a calf that stood no chance.

Big Hunter Dad shared the clip on YouTube, which has nearly 250,000 views.

“I caught video footage on my trail camera of a cougar sneaking in and taking down a calf elk. I later found the calf’s carcass just 15 feet away straight downhill from where the cougar catches it at the tail-end of the video. Unfortunately that action was just outside of my trail camera’s angle of view.”

I think y’all know what went down just outside of the camera’s angle.