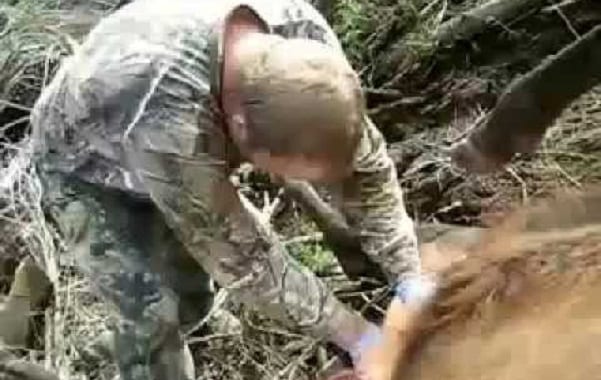 An old video that never gets old.

And also, a friendly reminder this hunting season… don’t nick the gut bag.

We’re taking it back to 2015 for this life lesson on field dressing. It’s a pretty classic video if you’ve been around outdoors interwebs for a while, but with fall hunting season underway in most states, what better time than now to share it again.

However, according to Wide Open Spaces, there was a reason why this veteran hunter made the mistake. He had stitches on on his other hand, the same hand he uses to guide the blade of his knife.

And after hauling that bad boy up a hill for about an hour, all the gasses built up right near the bottom of the stomach. One nick was all it took.

According to his account in OutdoorLife, Subolefsky had been taking a few pictures early on a foggy morning this past October, when he witnessed one of the craziest scenes he’s ever seen in the field.

If you’re a fan of compelling wildlife photography, give Joe a follow… he’s captured some INCREDIBLE stuff.