What do you do when your band gets sick in the middle of a tour?

Well if you’re most artists you cancel the show and reschedule for another day.

But Eric Church isn’t most artists.

If you missed it, Church announced yesterday that due to some COVID cases in his band, he would be performing this weekend’s shows on his Gather Again Tour in Pittsburgh and Philadelphia as solo shows.

There aren’t many artists who could pull this off – or who would even try – but damn I wish I was in Pittsburgh last night because an entire Eric Church acoustic show sounds like it would be incredible.

And from the videos we’ve seen so far, it was.

Eric opened the show with a familiar move, walking onstage with just himself and his guitar and busting out an incredible 15-minute, 10-song “Mistress Named Music” medley.

Starting with his own song (and chuckling when he got to the line about being “squarely solitary,” Eric went from songs like Bob Seger’s “Night Moves” to Otis Redding’s “Sitting on the Dock of the Bay,” Elton John’s “Tiny Dancer” and Queen’s “Bohemian Rhapsody.”

There’s some Def Leppard in there, some Steve Miller Band, and he ended with the entire arena singing along to Billy Joel’s “Piano Man” before bringing it back to “Mistress Named Music” to close it out.

Eric had a few members of his band available and brought them out for various songs. But he was without his longtime backup singer Joanna Cotten, so he called on Cam to help out with a few songs – including the duet of “Like Jesus Does” that he’s been performing with Joanna on this tour.

It definitely wasn’t your typical, rocking Eric Church show. But it looks like everybody who was there in Pittsburgh last night got to see something pretty damn special.

And that’s why this man is Entertainer of the Year. 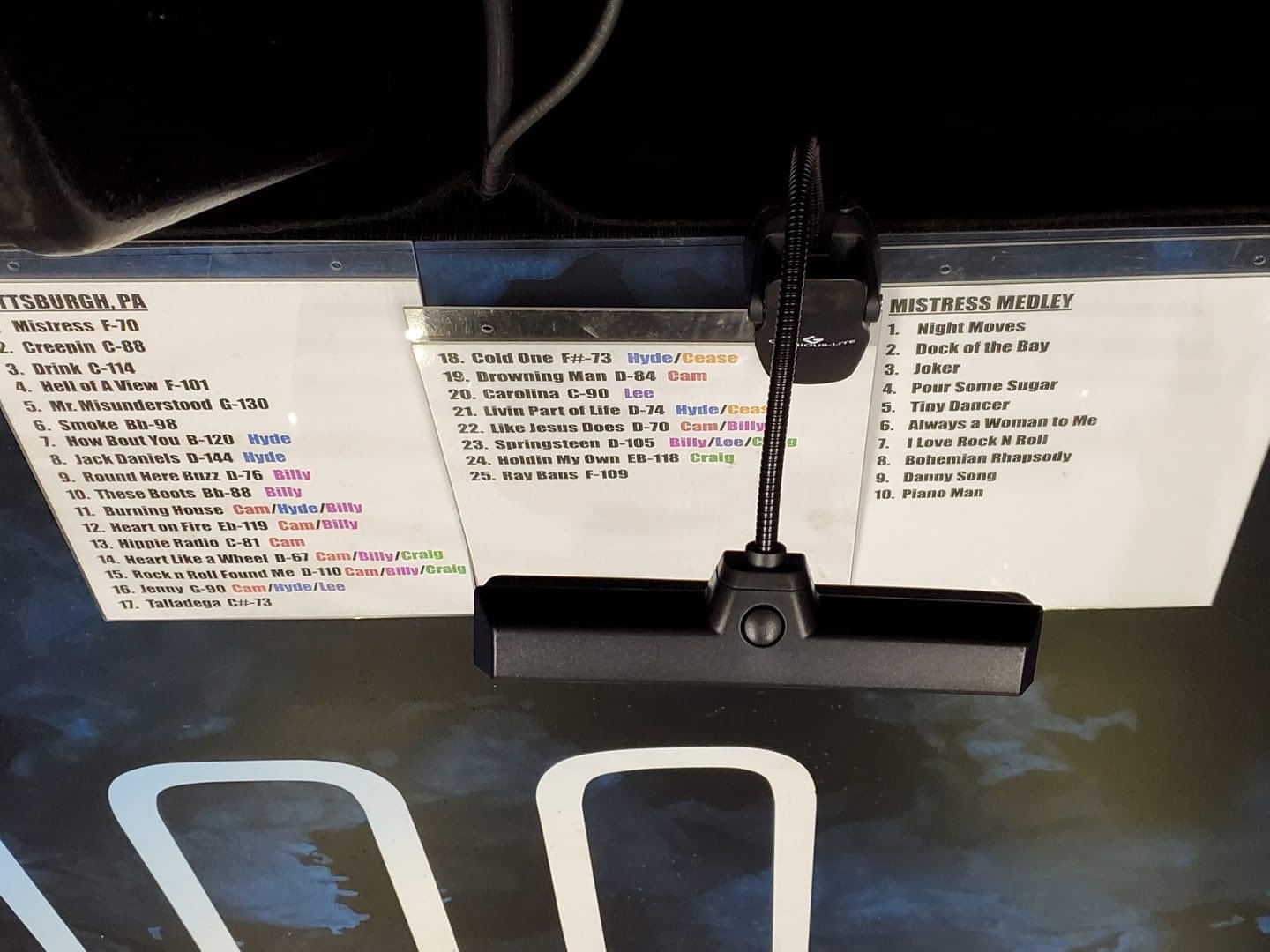