Frat Bros Playing Seltzer Pong Give Protesters A Thumbs Up, Gets Rocks Thrown Through Their Window 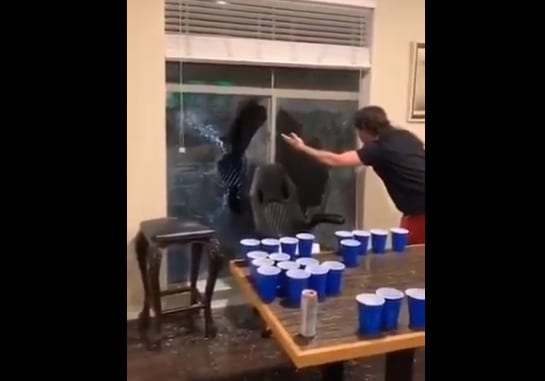 The violence we’re seeing scattered across the largely peaceful protests is completely reprehensible.

There are many more cases of love and unity that should be the focus, and pushed on the news.

Nobody was hurt. But you have some frat (presumably, but maybe not) bros playing beer pong or White Claw pong from what I can see, filming themselves giving protesters a thumbs up.

Were they being trolls? Sure looks like it. Why would you film yourself giving the protesters a thumbs up while you Seltzer Pong? But hey, we don’t know for sure.

The ending here, not funny, but kinda funny.