The two time major champion golfer has started quite the tradition himself at the place that’s considered a “tradition unlike any other,” which is The Masters golf tournament.

He’s begun parking his RV at the local Hooters in Augusta, Georgia during Masters week year in and year out, to hangout and drink beer.

On top of that, he also has become an ambassador for the wing joint, along with his son, John Jr. who signed an NIL deal with the brand.

Needless to say, there couldn’t be a more fitting partnership, considering Daly’s laid back personality and full-throttle, wild lifestyle.

With that being said, Daly has been spotted yet again with the Hooters girls, just in time for this week’s PGA Championship, a tournament he won back in 1991.

In preparation for the major championship, Daly decided to kickstart the week at Tracy Lawrence’s Second Annual Mission: Possible Celebrity Classic Golf Tournament at Old Hickory Country Club in Nashville, which aims to raise money and awareness for the homeless population in the Nashville area.

Hardy, Jake Owen, Charles Kelley and Jordan Davis were in attendance as well.

Of course, it appears that wherever Daly goes, the Hooters girls are right there with him, and hell, they might just be a good luck charm for the guy this week.

I guess we shall find out, but I’m at least throwing a few bucks on Daly to make the cut in the tournament now. 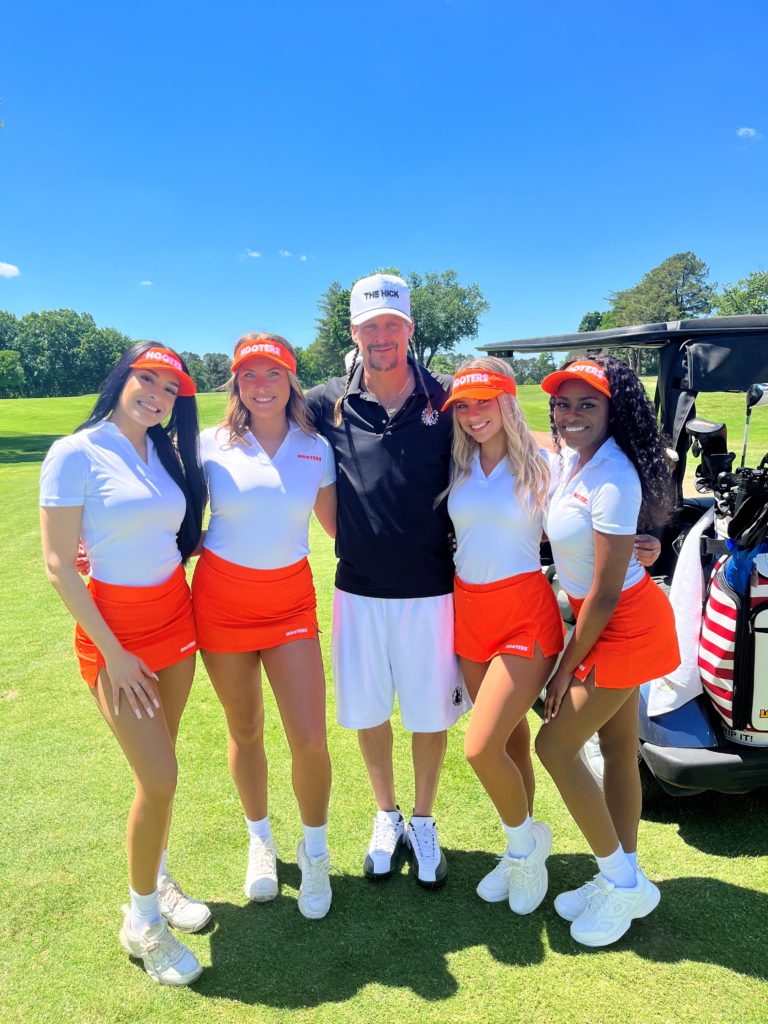