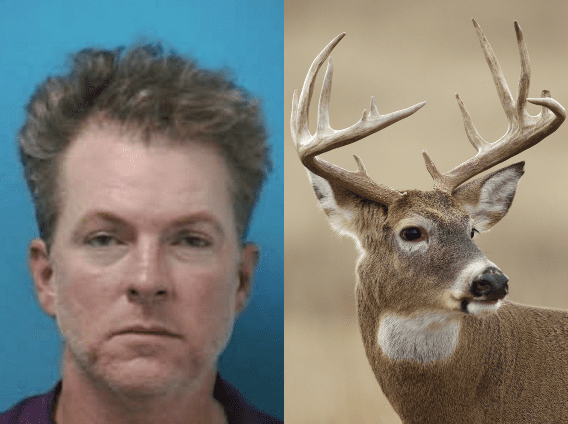 Blaming it on Bambi.

Back in early September, lead guitarist for Rascal Flatts Joe Don Rooney copped a DUI after crashing his BMW into a tree in Williamson County, Tennessee.

According to the Williamson County Sheriff’s Office, Joe Don was involved in a car crash around 4 am, and was subsequently arrested.

Rooney allegedly hit a tree in the 1200 block of Hillsboro Road.

However, some more details have come out about the wreck, and according to a police affidavit obtained by TMZ, it turns out Rooney blamed the crash on…a deer.

According to Rooney’s statement to the police, the deer ran out in front of him and made him swerve off the road. When they told him he smelled like a brewery, he admitted that he had played golf earlier in the day and then went to a friend’s house to have a few drinks.

He admitted to having “one more than I should have.”

The affidavit also said that Rooney failed several field sobriety tests, then was booked on a misdemeanor DUI, and released on a $2,500 bond.