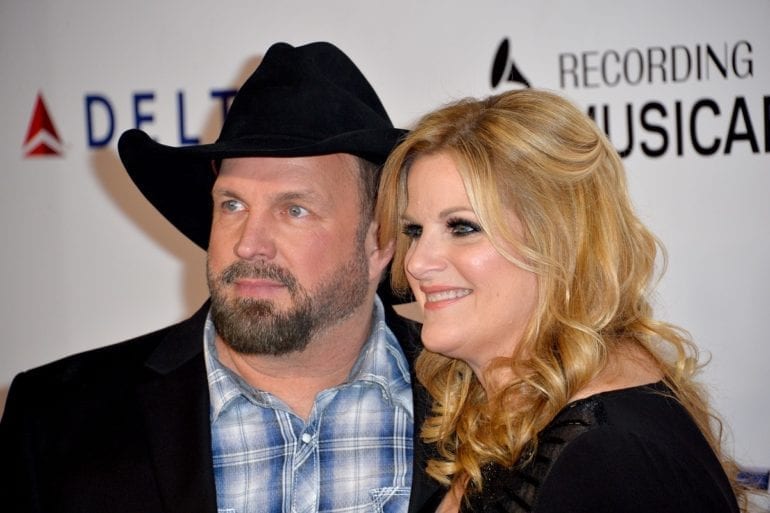 G and the Queen are officially extending their quarantine time.

A couple weeks back, a Garth Brooks and Trisha Yearwood “canceled everything” after a member of their internal team tested positive for Coronavirus. The original plan was to lock down for two weeks and then back to business as usual, but today, Garth made the announcement that Trisha has now contracted the virus as well.

In a lengthy statement, G provided fans with the update:

“The Queen and I have now tested twice.

Officially, she’s diagnosed as ‘on her way out of the tunnel’ now, though, which I’m extremely thankful for. Anyone who knows me knows my world begins and ends with Miss Yearwood, so she and I will ride through this together.

And anyone who knows her knows she’s a fighter and she’s been doing everything right, so I know we’ll walk out the other side of this thing together. She’s tough. She’s stronger than me.”

He went on to ask for prayers and good thoughts:

“If anyone asks, that’s what you can do for her. That’s what I’m doing. Living with her, I sometimes take it for granted she’s one of the greatest voices in all of music, so the possible long-term effects on her concern me as her husband and as a fan. We’re very lucky she is currently under the greatest care in the best city for treating and healing singers.”

The duo recently released their cover of “Shallow,” the hit song from the movie A Star As Born, to country radio. Their version of the Grammy/Oscar-winning song was released on Garth’s 2020 studio album, FUN, this past fall.