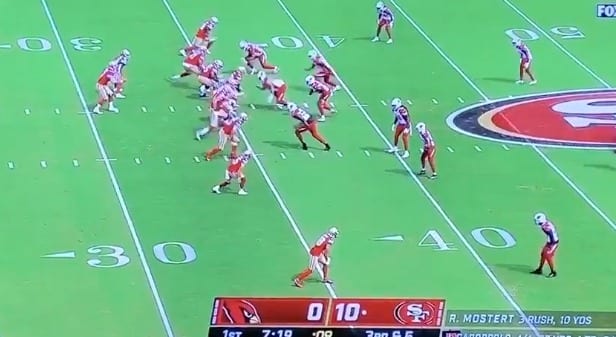 Week 1 of the NFL is off to one helluva start and aside from that comeback Bears victory, the 49ers game might have the highlight of the day. But it has nothing to do with the play on the field. Nope, this MVP moment comes to us from the broadcast booth.

He was trying to say, “you saw Chris circle Jerick McKinnon,” regarding the circle on the telestrator, but it just came out like Chris “Circle Jerk” McKinnon. And something tells me he just found himself a new nickname.

It’s important to be articulate when you say “Jerick”.

Did I just hear.. circle jerk McKinnon on red zone?