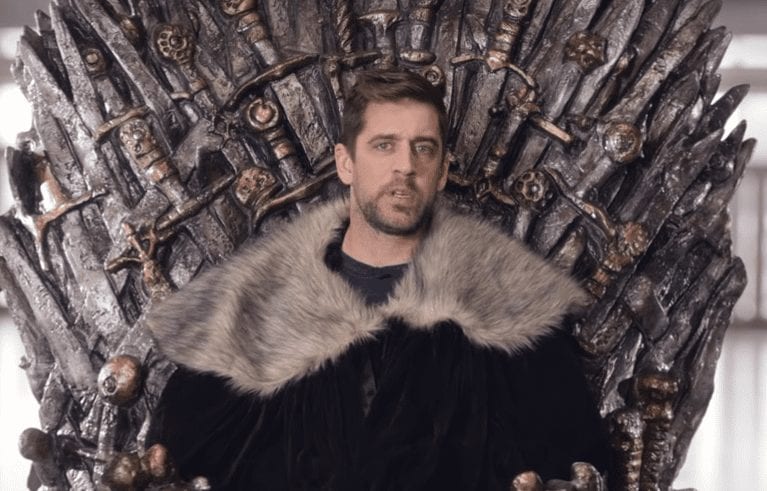 As you know, Chris Stapleton has already appeared in a Game of Thrones episode this season (Episode 3), and now rumors are swirling that Packers QB Aaron Rodgers will make an appearance on Episode 5, which is supposedly going to be a batshit crazy episode.

Back on April 29, Rodgers tweeted the following:

24 hour rule still applies folks, for all those who thought there were better things to do tonight than watch @GameOfThrones #iwaswatching #4moreepisodes #episode5shouldbegood #

Aaron Rodgers is going to be in Game of Thrones. Enjoy.

Usually these cameos are almost impossible to catch. You blink, you miss it. Either way, prepare for a fucking wild ride tonight.