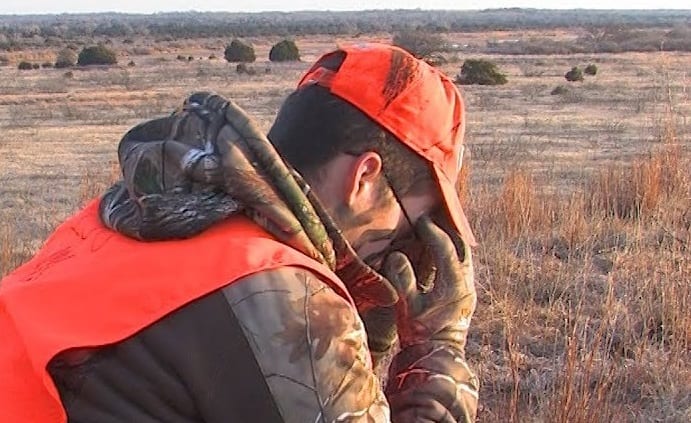 If your last deer season was a rough one, here’s a little something to remind yourself that it could be a lot worse…

According to My World Outdoors, deer hunter Brandon Adams was hunting out in northwest Oklahoma when he got one hell of an opportunity at buck.

In fact, he got FIVE shots at the buck before he ran out of bullets. And he didn’t just miss, he missed BAD.

It happens to the best of us, but still… you just hate to see it.

Huntin’ and shootin’ and missin’ every day.

In an old episode of Buck Commander, country music’s own Luke Bryan was out turkey hunting with Jason Aldean and the rest of the Buck Commander crew when a turkey walked right into his kitchen… and he MISSED him.

A laughable moment for Luke who’s always a good sport no doubt, and shortly thereafter, he finally bagged himself a solid turkey.

But that first shot… tough scene.