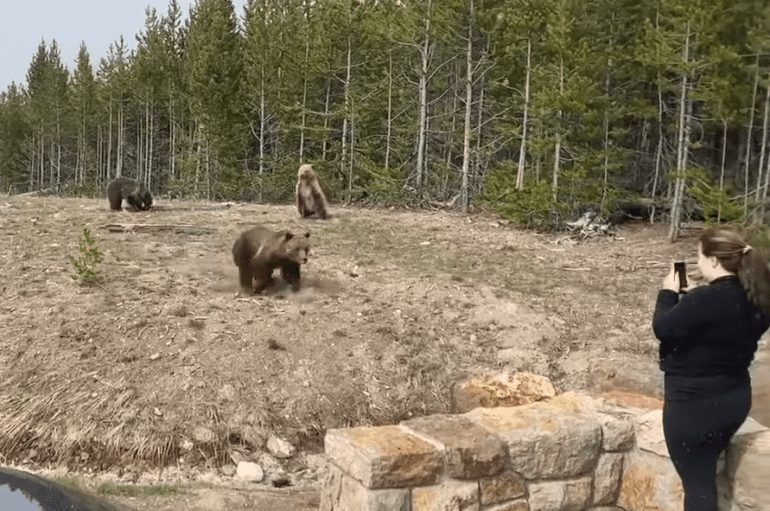 According to USA Today, a woman was filmed at Yellowstone last year, walking right up near a group of bears.

UPDATE: She was sentenced to four days in jail

The park ranger is caught off guard by the charging bear, but he’s able to retreat behind his truck bed and fire off some rubber bullets in self defense.

Once the bear retreats for the woods, the ranger then uses explosive devices (presumably bird bombs) to drive the bear further away with the loud noise.