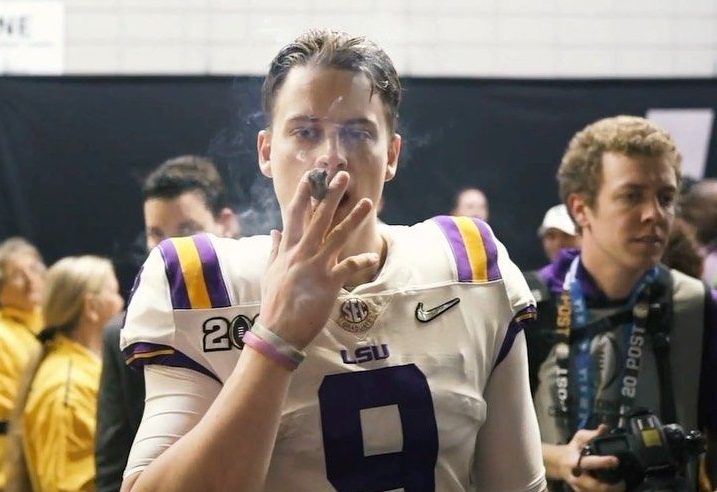 The 25-year-old has taken the NFL by storm in only his second year in the league, taking the Cincinnati Bengals to their first Super Bowl since 1989.

Not to mention, he did it with one of the worst offensive lines in the league.

We only got to witness a few games of the Joey B magic last year, because he tore his ACL early in the season.

However, the man is back in full force, and he’s not here to fuck around…

He’s here to bring the Lombardi Trophy back to Cincinnati with him.

And LSU is PUMPED.

In his final year at LSU, he led the team to a perfect 15-0 record, wracking up the best single season for a QB in college football history, a National Championship, and the Heisman Trophy.

Needless to say, all of the fans down in Baton Rouge are praying he pulls this off.

And oh yeah, they made one of the most electric hype videos I may have ever experienced.

It started off with him getting obliterated by a blindside block after throwing an interception against UCF, and then it chronicles all of his electrifying moments that led up to him winning the NFC Championship (with a hilarious cameo from Spongebob), all to the sound of “Teenage Wasteland” by The Who.

And then… another one.