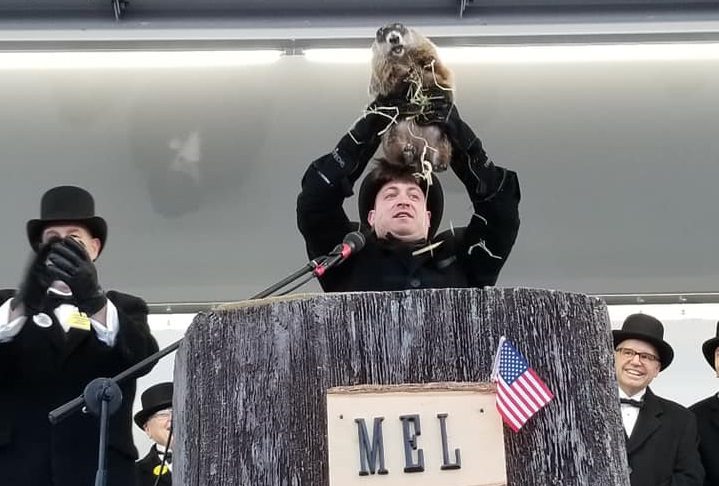 Perhaps the most exciting part about the month of February is nervously anticipating to see if the hailed groundhog comes out of its hole and gets scared of its shadow or not, predicting either six more weeks of winter or an early spring.

Seriously, it’s some high quality entertainment, and big for the superstitious people of the world.

However, Groundhog Day will be looking a little different this year….

According to the New York Post, New Jersey’s famed weather-predicting groundhog, Milltown Mel, has died suddenly, announced only a day before the big day.

“We wranglers are sad to report that Milltown Mel recently crossed over the rainbow bridge.”

With that being said, the annual Groundhog Day ceremony has been canceled this year:

“Considering the average lifespan of a groundhog is about three years, that is not such a shock, but Mel left us at a tough time of year when most of his fellow groundhogs are hibernating.

So no babies will be available to replace him until the Spring. We tried everything to get a stand-in, but to no avail.

We will work hard on getting us a new weather prognosticator for next year, til then please check out what all of Mel’s cousins have to say on Feb 2nd.”

We Wranglers are sad to report that Milltown Mel recently crossed over the rainbow bridge.Considering the average…

New York City’s Staten Island Chuck will be making his prediction via a virtual event streamed from the Staten Island Zoo at 7:20 AM tomorrow morning.

Also, in Pennsylvania, Punxsutawney Phil will go through the ceremony in front of a live crowd at Gobbler’s Knob at 6 AM.