On September 6th, 14-year-old Paslie Werth harvested a massive 42-point buck with a rifle on her families property in Kansas. The buck, which initially tallied an unofficial gross green score of 282 6/8 inches, was thought to probably be a Kansas state record.

According to KSN, the rack was officially measured by Boone and Crockett and pulled in a net score of 271 4/8 inches.

“When we got the score, it was hard to wrap around because none of us guessed it to be that much. And it was just very surprising, and I kinda couldn’t believe it.”

“The trail camera pictures that we got, did not do it justice… When we walked up to him, and we seen how big he really was that night, it was unbelievable how many points he had.”

The Boone and Crockett score officially locked in Paslie for the largest non-typical whitetail harvested by a female hunter… in the entire WORLD. She’s also good for the youngest record holder in Kansas, and the 5th biggest buck of any kind in state history.

And as it turns out, they’ve been seeing this fella for years around the property.

“My sister passed on the buck, and then my dad passed it on last year, because it was pretty broke up when he saw it, and this year, was kinda just my year… It was very shocking when I got him.”

14 years old and a world record holder… what did you do today? 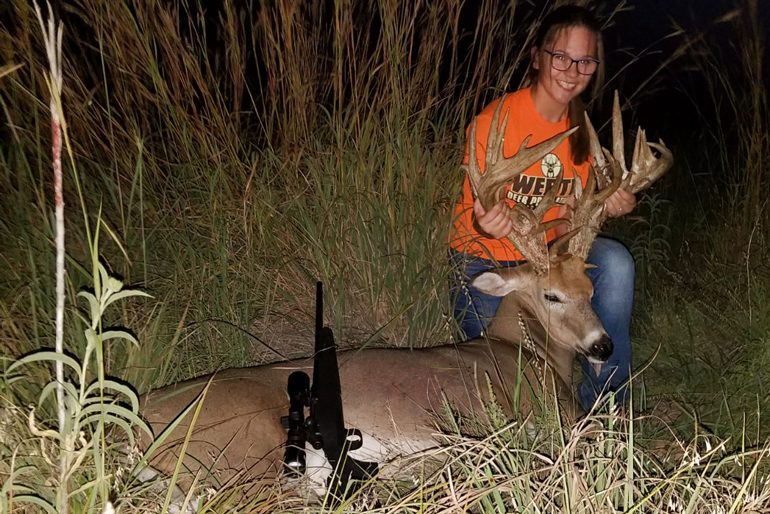