Morgan Evans Releases Statement On Divorce From Kelsea Ballerini: “I Wish It Were Otherwise But Sadly It Is Not”

Yesterday, Kelsea Ballerini announced that she was filing for divorce from her husband of almost five years and fellow artist, Morgan Evans.

She put out a statement Instagram, saying that they are both “actively healing,” and that she’s thankful for the years of marriage they shared together, but provided no further detail on the exact reasons for the divorce.

“Friends, I’ve always tried my best to share my life with you in a real and vulnerable way, while also protecting layers of my personal life as they unfold. This is now public record so I wanted you to hear from me directly that I am going through a divorce.

This deeply difficult decision is the result of a journey of love, growth, and effort that has ultimately come to an end. It’s hard to find the words here, but I feel extremely grateful for the years of marriage to Moran and hopeful for the next seasons.

With very active schedules coming up, please be mindful that we are both fragile, actively healing, and showing up the best we can. Kels.”

And now, Morgan has issued a much shorter statement regarding the divorce announcement, confirming that they are going through divorce proceedings, and also adding that he wished things were different:

“I am very sad to confirm that after almost 5 years of marriage, Kelsea and I are parting ways. I wish it were otherwise but sadly it is not.” 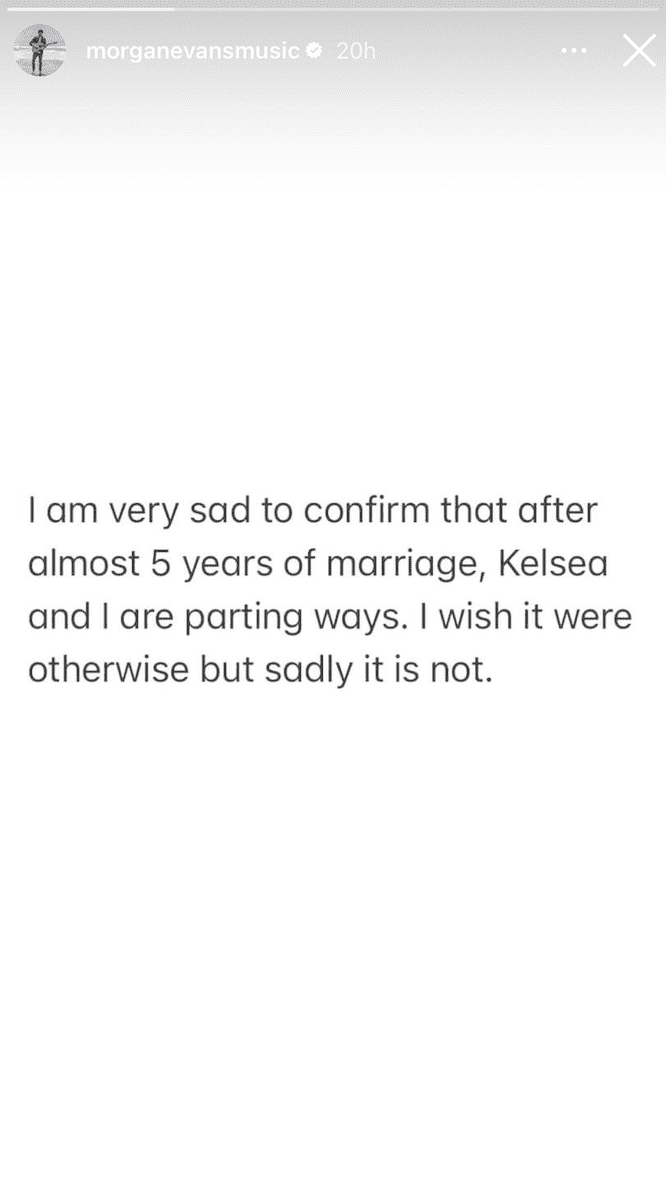 I know there’s two sides to every story, and we’ll probably never knew the full truth as to why they’re parting ways and what led to it, but those two sentences make it pretty clear that it was probably more one-sided in terms of who wanted out.

The pair was married in Cabo San Lucas, Mexico back in December of 2017, after first meeting in March of 2016 while co-hosting the CMC Awards in Evans’ native Australia.

These are the only two statements that either one of them have released publicly thus far.

Kelsea is gearing up to release her fourth studio album Subject to Change on September 23rd.