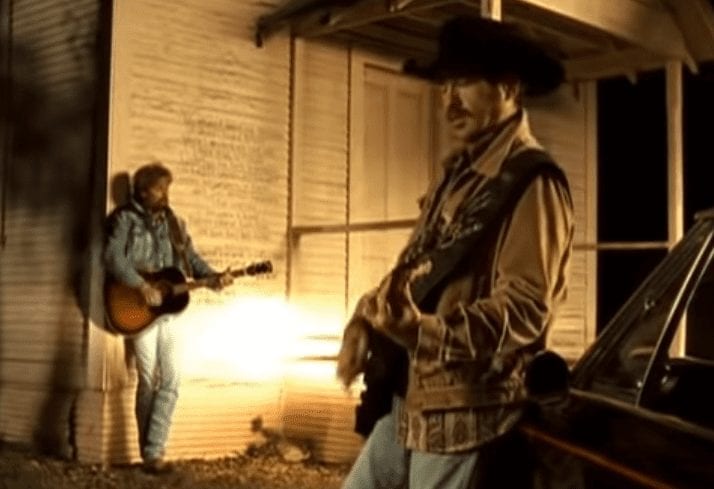 You know how there are just some country songs that take you back to the first time you ever heard it?

That’s when you know you’ve come up with an iconic country tune, when it takes listeners straight back to the way they felt the first time they ever heard it, even though they’ve listened to the song hundreds of times over.

One perfect example of that is Brooks & Dunn’s “Red Dirt Road.”

I’ll never forget listening to the only good country radio station we have in upstate South Carolina, driving to Sunday lunch at my grandparent’s house when I was about 16-years-old, and I heard this gem pop up through the speakers of my ol’ beater ’98 red Tacoma, and it’s taken me back to that moment every time I listen to it.

For anybody who grew up in small town USA, “Red Dirt Road” is relatable in just about every way, shape, or form, and the song hooks you from the opening guitar riffs from Kix, to the closing lyric of:

It’s a song about homecoming, and reminiscing on the good ol’ days.

With that being said, the song was topping the charts on this date, back in 2003.

Written by Kix and Ronnie themselves, “Red Dirt Road” was the title track of their 2003 album, and peaked at number one on the US Hot Country Songs chart, and 25th on the US Billboard Hot 100.

It inevitably rounded out the year at number five, further proving that this would be a song that would sustain popularity for many years to come.

And if you haven’t heard this one in quite some time, take a few minutes out of your day to reminisce: