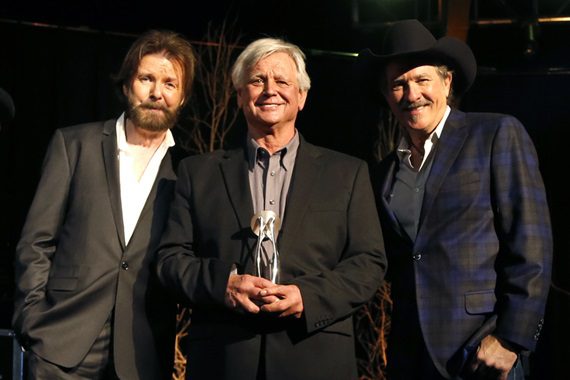 Some tough news out of the country music world.

According to Billboard, Randy “Baja” Fletcher, one of the most well-known production managers in the music scene, passed away on August 27th after a bad stage injury while setting up a Keith Urban concert in Put-in-Bay, Ohio. Is believed that he fell on, near, or off the stage and hit his head however, nobody saw the incident.

Fletcher, 72, has been the production manager for huge names such as Waylon Jennings, Brooks & Dunn, Randy Travis, ZZ Top, and Keith Urban for the past 10 years.

He saw a number of achievements in his long career, as he received the inaugural CMA Touring Lifetime Achievement award at the CMAs in 2017, and was named production manager of the year at the 2018 CMA Touring Awards.

Kix Brooks had this to say about the famed production manager:

“You run the road long enough, and you find out in our business, ‘It takes all kinds.’ Randy Fletcher, or Baja, or ‘the Gorilla,’ was the best of the best… if he ever had a bad day he never showed it.”

Baja was a guaranteed asset to any tour, but much more importantly, he was the comfort any tour must have when the road gets long, when the crew gets tired, when the smiles began to fade at the end of a long day– he was the man! Rest in peace, my friend– you will be missed.”

“Baja, as we all know, drove the Cadillac as few others could do. One of our first and foremost way back when who went on to show how it’s done.”

“Randy Baja Fletcher loved people. Now that’s a phrase that’s a lot easier, and more often said than done. But, this man truly did love people, and music, and life, and he lived it right. He saw the commonality in all of us and I can promise you this, once you’d been in the orbit of his light, he’d stay with you forever.

Some people ask are you a ‘glass half full or a glass half empty’ kinda person? Baja’s view was ‘What a beautiful glass.’ I loved him. We all loved him, and I’m grateful he chose us as his road family for 10 years.”

Fletcher began his career with Waylon Jennings and then after 10 years, joined Randy Travis on his first headlining tour. In the early ’90s, he started his 18-year run with Brooks & Dunn, before joining Keith Urban in 2011.

It's with great sadness to learn of touring veteran & first ever recipient of the CMA Touring Lifetime Achievement Award, Randy "Baja" Fletcher's passing. We join so many within our community in mourning his loss. https://t.co/Q4d5LgmueS pic.twitter.com/e4ftw8ye5L