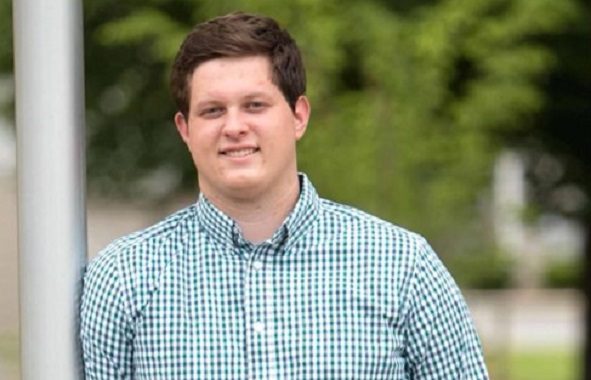 America was shaken to its core once again on Sunday, when a gunman opened fire on a crowd at the Greenwood Park Mall in Indiana right before 6 PM.

Taking the lives of three individuals, and injuring more, it was yet another heartbreaking mass shooting, which has become a tragically familiar event throughout 2022 so far.

However, there was thankfully an armed good Samaritan in the mall, who went out of his way to kill the gunman, saving God knows how many lives.

The hero is 22-year-old Elisjsha Dicken, who was shopping with his girlfriend at the mall at the time. He took down the shooter, 20-year-old Jonathan Sapirman, with the firearm he was legally carrying.

Greenwood Mayor Mark Myers expressed his gratitude for Dicken at a recent press conference, according to the New York Post:

Although Dicken was able to save a countless number of lives, the three victims of the attack were Pedro Pineda, 56, Rosa Mirian Rivera de Pineda, 37, and Victor Gomez, 30.

Sapirman also shot a 22-year-old woman in the leg, and a 12-year-old girl in the back. Both are receiving medical treatment for their injuries.

Only two-minutes after Sapirman began to fire, Dicken made his move and fired 10 rounds at the culprit from a range of about 40 yards.

The suspect attempted to get back to the bathroom, but fell to the ground and succumbed to his wounds.

“His actions were nothing short of heroic. He engaged the gunman from quite a distance with a handgun, was very proficient in that, very tactically sound and as he was moved to close in on the suspect, he was also motioning for people to exit behind him.

Many more people would have died last night if not for a responsible armed citizen that took action very quickly.”

Dicken’s girlfriend also worked to get people to safety and admit first aid once the shooter had been neutralized. Her grandma shared details with WTHR:

“She’s been in nursing school for two years. She said she took her coat off and put a tourniquet around it and waited. She jumped in and went into action, yeah, and it’s just her adrenaline mode to just do that.”

She also added that her granddaughter probably wouldn’t be here if no for Dicken:

“I just know when I got the phone call that she was at the mall, I was scared. She says ‘Grandma I’m OK, but I’m terrified,’ and then she says, ‘Grandma what is the world coming to?’ And she says ‘I don’t think I’ll ever step foot in a mall again.’

She said on the phone when she called me, ‘Grandma, I’m OK. That Eli pushed me out of the way and told me to get down and stay down,’ and everybody should be proud of him for what he’s done because if not, there would have been a lot more.”

Police recovered a second rifle, a handgun, multiple magazines and more than 100 rounds of ammunition in the mall bathroom, where Sapirman prepared for the shooting.

They also retrieved his laptop later, which they found inside an oven turned at a high volume in his apartment.