The Tom Segura/Garth Brooks saga just gets better and better.

But since you have to be a fan of Tom Segura to really understand what’s going on here, let’s back up to the beginning.

If you’ve ever noticed the comments on Garth Brooks’ social media, there’s one comment in particular that you’re going to see quite often…

Just do a quick Twitter search from last week and you’ll find a ton of comments that look a little something like this: 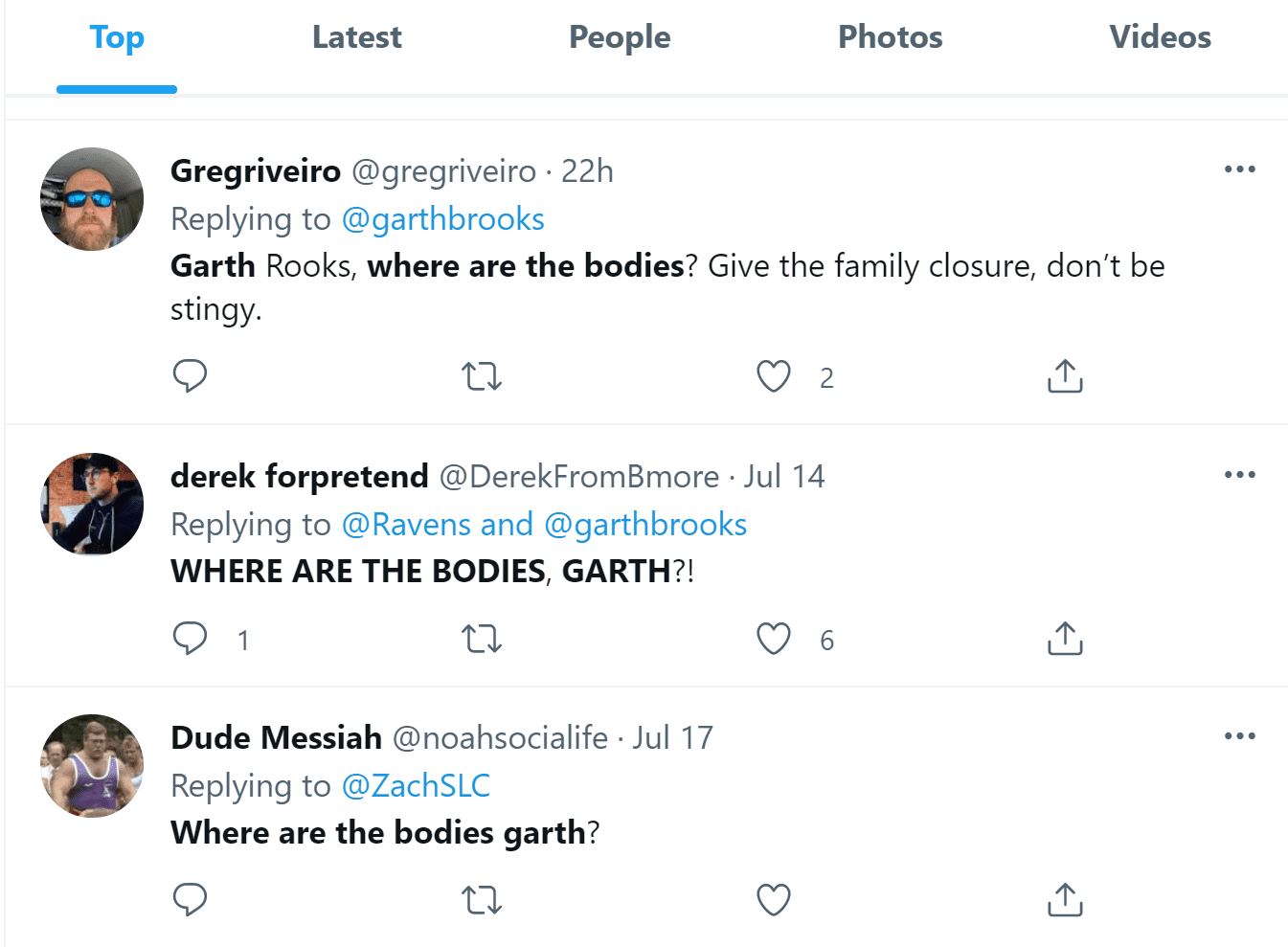 You can read the full backstory HERE, but I’ll do my best to summarize really quick…

Back in 2018, comedian Tom Segura and his wife, fellow comedian Christina P, stumbled upon the downright hysterical announcement video for Garth’s Stadium Tour. You know, the one he wanted to call the Big Ass Stadium Tour? The one he’s still on?

It’s the one where he said he wanted to “get physical playing music” and how much he “likes that.”

Thanks to that video, Tom and Christina P came to the conclusion that Garth must be a serial killer with somewhere in the neighborhood of 200-300 bodies buried in his yard.

And it’s gone on for YEARS.

Every single social media post for the past three years or so has been overrun by comments from listeners of Tom and Christina’s Your Mom’s House podcast. Just take a look and you’ll see comments like:

“I’m going down the mountain to get my sister.”

“Where are they, g? The families need closure.”

“You know what’s a banana split?”

It’s absolutely hysterical, and like I mentioned before, it’s gone on for a LONG time.

But just recently, Tom’s account was restricted by Garth.

“See? Garth Brooks is not letting me in on the fun. Not cool! There are no likes or comments under my comment because he has restricted me.

Please continue to fight for what’s right. ‘injustice anywhere is a threat to justice everywhere’ – MLK”

To be clear, Tommy Buns wasn’t blocked by G. He can still post his comments, it’s just that nobody can see them, like them, or comment on them.

And naturally, restricting Tom set off a FIRESTORM among fans, who went full blown nuclear on Garth’s comments section. They’ve already hijacked your comments, you really thought restricting their leader would make it go away?

Here’s the story from Tom: