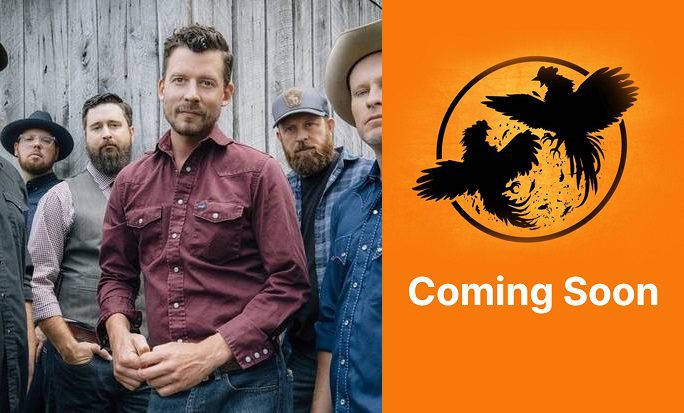 Granted, this could just be simple website maintenance and/or redesign… BUT… we’ve never seen that “coming soon” graphic with the two chickens fighting before. At least, I can’t recall it during previous instances of website maintenance.

I hate to set the internet ablaze with nothing but pure speculation (actually, I love it), but it’s a VERY interesting development nonetheless.

As far as I can tell, the possibilities are pretty much this:

Evan Felker, happier and healthier than ever, is ready to rejoin the greatest band in country music and they’ll resume making music again. The world is instantly healed at the mere sound of the news and COVID may in fact be wiped clean from the face of the Earth… much like Turnpikes Instagram account has been wiped clean.

Inflation goes down, unemployment goes down, those damn boats off the coast of LA get unloaded, world peace is achieved, and all is right in the world.

2. Turnpike is BACK… sorta.

Turnpike Troubadours are back, but sans Evan Felker.

Kyle, RC, Hank, Ryan, and Gabe move forward without Evan, at least for the time being. It’s not ideal, but if you’ve heard the solo work of Kyle Nix or RC’s band, RC & the Ambers, you know how damn good these fellas really are.

Maybe they release a live album, unreleased songs album, or something else previously recorded.

False alarm… they redesign the website to sell some limited edition merch or something else like that. I get everybody’s hopes up for no reason and the entire internet hates me for even bringing this to their attention.

4. Something Else Not Very Exciting

Personally, I’m an optimist, I choose to see the glass as half full, not half empty. So, I say some form of the first two are the leading candidates. If I’m a betting man (and I am), I say that Turnpike Troubadours WITH Evan Felker are a thing again.

I’m not saying it’s soon and I’m not saying that it’s related to this website news, but if I could get an inkling from our podcast with RC and Hank, I’d say it happens again someday.

And this could be the start.