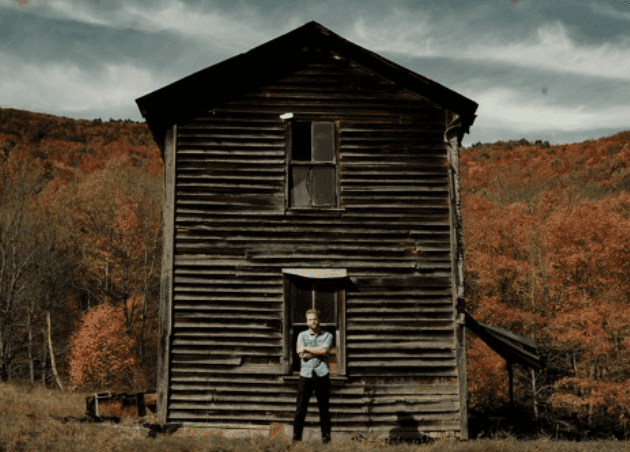 Been waiting for this one to drop for awhile now.

Charles Wesley Godwin is gearing up to release his sophomore album, How the Mighty Fall, on November 5.

Last month he released the first single from the album, “Lyin’ Low.”

And now he’s giving us another one before the full album’s released – and it’s one I’ve been looking forward to since I heard him play it live a few months ago.

“Strong” is an empowering anthem that’s all about resilience and overcoming adversity, and it has the same fantastic songwriting that we’ve come to expect from Charles. (I mean, how many other artists could work the name of Olympic runner Steve Prefontaine into their lyrics?)

Speaking on the single, Charles said he wrote “Strong” last summer during the pandemic when he was worried about his own livelihood and his family:

“I wrote this song during my son’s nap times over the course of a few days on the front porch swing of my great-grandmother’s old house in Seneca Rocks, WV.

It was in July 2020, the pandemic was in full swing and I hadn’t played a show in months. I was worried to death about my “business” and what it all meant for my family.

This song was my therapy. We began working on this new album a week later.”

And as for the Prefontaine reference, Charles says that was actually inspired by his own older brother, who was a distance runner himself:

“My brother’s favorite athlete growing up was Steve Prefontaine, a famous American distance runner for Oregon University and he was known for having one of the gutsiest Olympic performances of all time in the Munich Olympics.

I wanted to incorporate Steve Prefontaine into this song as a symbol of strength, guts and resilience.

I believe me and my band did it justice.”

After everything that we’ve all been through for the past year and a half, this is just the message that we need right now.