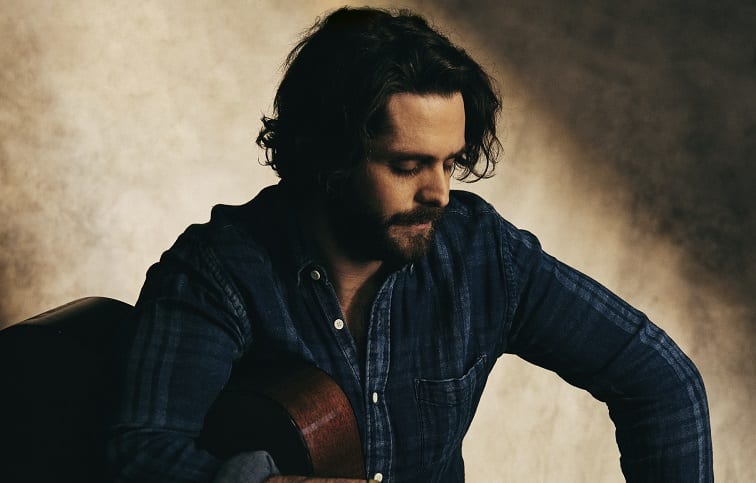 I have to say, Thomas Rhett has peaked my curiosity.

I’ve been hard on him in the past, and I don’t even really know how much time I spent with his last record (probably just a quick listen through), but this latest one has me cautiously optimistic.

Called Country Again, the new album seems to be Rhett getting back to his country roots, back to the music he started making early in his career, and back to the influences that he had as a kid (AKA before he tried to be Bruno Mars).

And according to him, the shift has been a long time coming. In a recent interview with Apple Music’s Kelleigh Bannen, Rhett said this album goes back to the music he was making when he wanted to be Eric Church:

“This shift in me has been happening since the beginning of 2019. There were just certain things in my life that I cared about so heavily for the last decade that I just didn’t… I don’t want to say I didn’t care about anymore, but I cared way less about them. There were just bits of success and bits of ways that I measured success that just didn’t matter anymore.

It was just like I’ve been doing nothing but grinding and working my butt off and comparing myself, just like we all do, and then there was one day where I was just like, ‘Why do I care? Why do I always chase something? You know, with a lot of these records that I make.’ The music just started to kind of shift into something that like I was trying to do when I was younger, like as a 19-year-old who had just signed a publishing deal, but I hadn’t lived enough life yet, you know? There are so many things that have happened in this decade that I have never really written songs about.

I mean I’ve been nostalgic for sure in my music, but it’s 11 songs that I feel like are just so much more back to what I was doing when I first started out in this business, like back in the day when I was listening to nothing but Eric Church and really wanting just to be him, you know, minus the sunglasses. I don’t think I can pull those off ever.”

I’m just reading between the lines here, but it sounds like a little bit of the pressure to be famous got to him and he drifted more and more into the pop world. More fun, less substance.

And speaking of Eric Church, Rhett also revealed why his music is such an influence, and why he wanted to be him when he was first starting out:

And I feel like that’s what I’ve tried to do so much in my music is make it relatable. Like let me tell my story exactly how it happened and then let you interpret it in your life. I think that’s the reason I love Eric so much and obviously just watching him perform is just… it’s just mysterious. You go from Chief to Springsteen. And the way that he can kind of just get all over the map while staying cohesive to what Eric Church does is to me, the version of a real artist.

If I think back to all my favorite artists from the past, whether it’s the Beatles or the Rolling Stones or Led Zeppelin, they were always shifting and they were always changing. So this change for me on ‘Country Again,’ is not so much of a change but more so kind of a 360.”

And I know plenty of my readers are going to say, “who cares? I’m still not going to like it.” Which is fair, but let’s take a look at the bigger picture.

Why does this matter? Because Thomas Rhett is a country music superstar. Like him or not, he is. And for the past 5 years or so, he’s been making pop music, straight up pop music, which inevitably creates a whole mess of copycat artists trying to find their way onto the charts by emulating Thomas.

Now, if he starts to swing the pendulum back towards country music, even if it’s only a moderate amount, that’s always a GOOD thing for the direction of the genre as a whole. When Chris Stapleton broke out in 2015, he single-handedly changed the course of country music in the mainstream. Bro country kind of died, boyfriend country hopped in there, and now, with the emergence of neo-traditional artists like Luke Combs, Jon Pardi, and Ashley McBryde, we’re seeing mainstream country swing that pendulum even further back towards the traditional.

And I’m not saying Thomas Rhett is going to turn into Cody Jinks overnight, but how about this new one “Want It Again.” We got some steel guitar, no snaps or claps, an acoustic guitar melody… I’m not gonna drive my car off a bridge if that comes on the radio.

I guess we’ll see… but if Thomas Rhett is saying he wants to be more like Eric Church again, I just don’t see how that could be a bad thing for mainstream country music.

Country Again: Side A is set to hit shelves on April 30th.