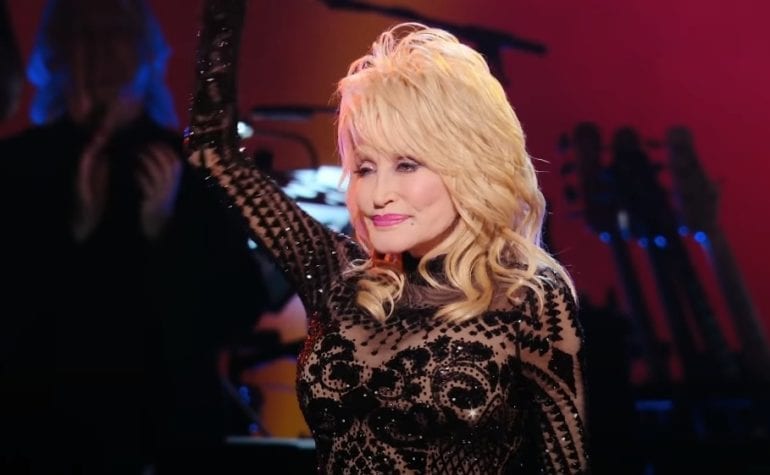 The Queen of country music, Dolly Parton, has something big in store for country fans.

The leading music charity, MusiCares, has teamed up with Netflix to release the never-before-seen MusiCares Person Of The Year event as a tribute to Dolly Parton.

The official release date is slated for April 7th, and it will include some of Dolly Parton’s best and most memorable moments across her long country music career. The special includes one hell of a cast, with Little Big Town hosting the show, as well as performances from Willie Nelson, Chris Stapleton, Katy Perry, Leon Bridges, Miley Cyrus, Shawn Mendes, Yolanda Adams, and more.

Over the years, Dolly has been one of MusiCares greatest supporters, and was named the first-ever MusiCares Person Of The Year back in 2019.

Needless to say, she’s beyond grateful to have this special released on Netflix:

“I am so happy that Netflix is going to be showing the MusiCares tribute to me. MusiCares has done so much for the people in this industry and continues to be a beacon of light for those in need. I am so proud and impressed with all of the great artists.

It was such a joy and a humbling experience to be able to sit and watch all of the great artists singing songs that I had written or had been a part of. I am so thankful to the GRAMMYs and the people that worked so hard to put this together, and I hope that you enjoy watching it as much as I did.”

It’s no secret that Dolly has been the most selfless, caring, and all-around great country singer to walk this planet, and it’s great to see her continuously gain recognition for her actions.

In a day in age where there’s been a lot of doom and gloom going around, she has constantly been a light.

Cheers to the queen of country music herself.