On This Date: Randy Johnson Obliterates A Bird With 100mph Fastball Back In 2001 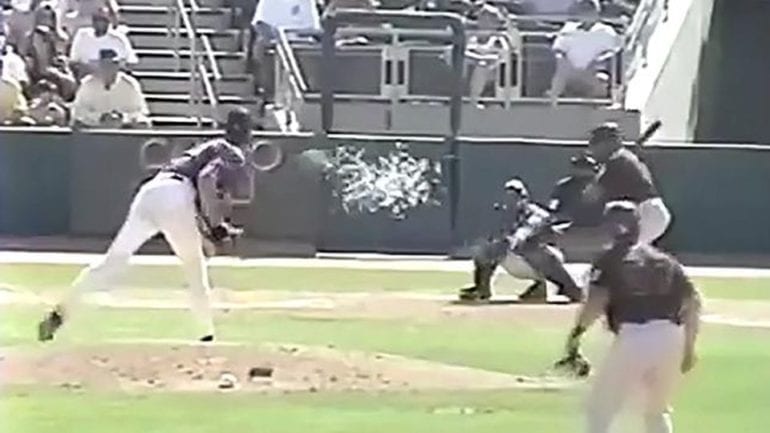 March 24th, 2001, the Arizona Diamondbacks and the San Francisco Giants were facing off in a Cactus League Spring Training tilt at Tucson Electric Park.

7th inning, Johnson winds up for one of his signature 100mph heaters and BOOM… the ball explodes into a cloud of… feathers?

Yep… in one of the most bizarre moments of sports history, RJ just hit a bird with a pitch.

In an interview with Fox Sports Arizona, Johnson later recalled the incident, describing it as “a blur going across home plate and the ball simultaneously hitting that blur. It’s just hard to really put that into perspective. It happened so quick.”

And the funny thing is that PETA actually considered filing charges against Johnson for animal cruelty.

For Johnson, it wasn’t very funny:

“I was considered a bird killer. What became kind of funny actually became a very serious moment.”

Hall of Fame pitcher, 5-time Cy Young winner, 10-time All-Star, World Series MVP… Randy Johnson is arguably the greatest pitcher to ever take the mound in my lifetime… and this is the shit I’ll remember for the rest of my life.