Dolly Parton is an undisputed ICON in country music, but more than that, she’s pretty much one of the few people that is universally loved across the world.

Much like the late, great Betty White, it doesn’t matter who you are, where you’re from or what you believe… you probably love Dolly Parton.

But with an incredible list of professional accomplishments to her name, as well as massive philanthropic contributions to causes near and dear to her heart, it’s hard to imagine a more iconic figure in the genre.

She turns 76 years old today, which honestly… should be a national holiday.

She’s even starred in some of my favorite movies, like 9 to 5, The Best Little Whorehouse in Texas and Steel Magnolias. The woman has, quite literally, done it all.

But all of these accomplishments aren’t about money or fame. Dolly has managed to stay at the forefront of pop culture because of her incredibly down-to-earth attitude and outlook on life, as well as her genuine care for people and desire to make the world a better place.

She’s also funny as hell… I always say I think she could’ve been a comedian if the whole country music thing hadn’t worked out for her.

Born in the rural Smoky Mountains of east Tennessee, she was raised by her parents, Robert and Avie Lee Parton, in a small cabin along with her 11 siblings. She attended her grandfather, Jake Owens’, church every Sunday, and has truly lived a rags-to-riches life that you seemingly only ever read about.

She’s inspired me personally in so many ways, and I think part of what we all love so much about her is her warm spirit and the fact that she has always been exactly who she is and what she wanted to be, and encourages all of us to do the same.

And she’s always done it dripping in outfits made of rhinestones and fringe.

I could go and on (I promise, I really could), about how amazing she is or why she’s such an important figure in country music and beyond, but at this point, it all goes without saying. So, I wanted to share some of my favorite stories about Dolly that truly encompass the incredible woman she is and what makes her so special.

I mean seriously… there aren’t many universally beloved figures left anymore, and she very well may be at the top of everyone’s list. There will never be another one like her, that’s for sure.

So grab your drink of choice, get comfortable, and revel in the absolute greatness that is Dolly Parton. 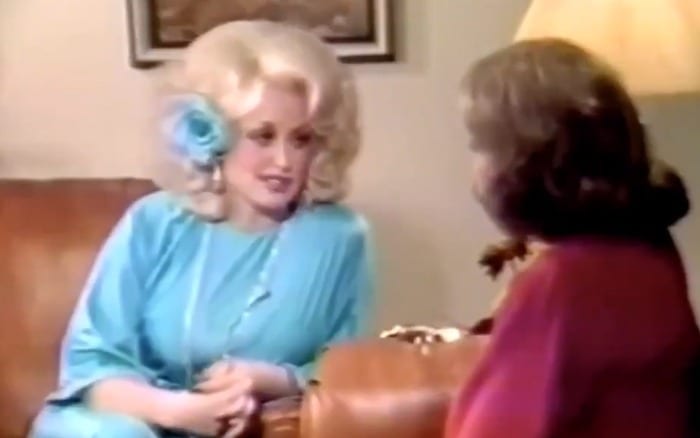 Dolly Parton Turned Down Her Husband, Carl Dean, The First Time He Asked Her Out

Dolly Parton Had Her First Kiss Playing Spin The Bottle: “I Was Happy That It Landed On One Of The Cute Boys” And I’ll leave you with one of my favorite interview clips of Dolly, where she talks about her unique, signature look and how she used it to make a lifelong career being herself and embracing every part of that: