Put a little country on it.

That’s what Justin Moore’s going to be doing with his latest tour.

Today, Justin announced his 2022 Country On It tour, featuring Granger Smith (and Earl Dibbles Jr., of course), as well as Heath Sanders, Scott Stevens, the Reeves Brothers, Lucas Hoge and Sean Stemaly, who will all be appearing on select stops.

The tour is named after a song from his upcoming album called “Country On It,” which Justin said during a recent podcast is a play on some old-timey wisdom:

“The hook of the song is ‘Rub a little country on it,’ like your grandpa used to tell you when you got hurt ‘Rub a little dirt on it, you’ll be alright.’ So it’s kind of a spin on that.”

The Country On It tour kicks off April 22 in Pensacola, Florida and runs through September 17 in Spokane, Washington.

But if you don’t see your city on the schedule yet, don’t worry too much: Justin has teased that the tour announcement would come in waves, so I wouldn’t be surprised to see more dates added to the schedule later on in the year.

Man, all these tour announcements lately are getting fired up for concert season – and ready to put a little country on it. 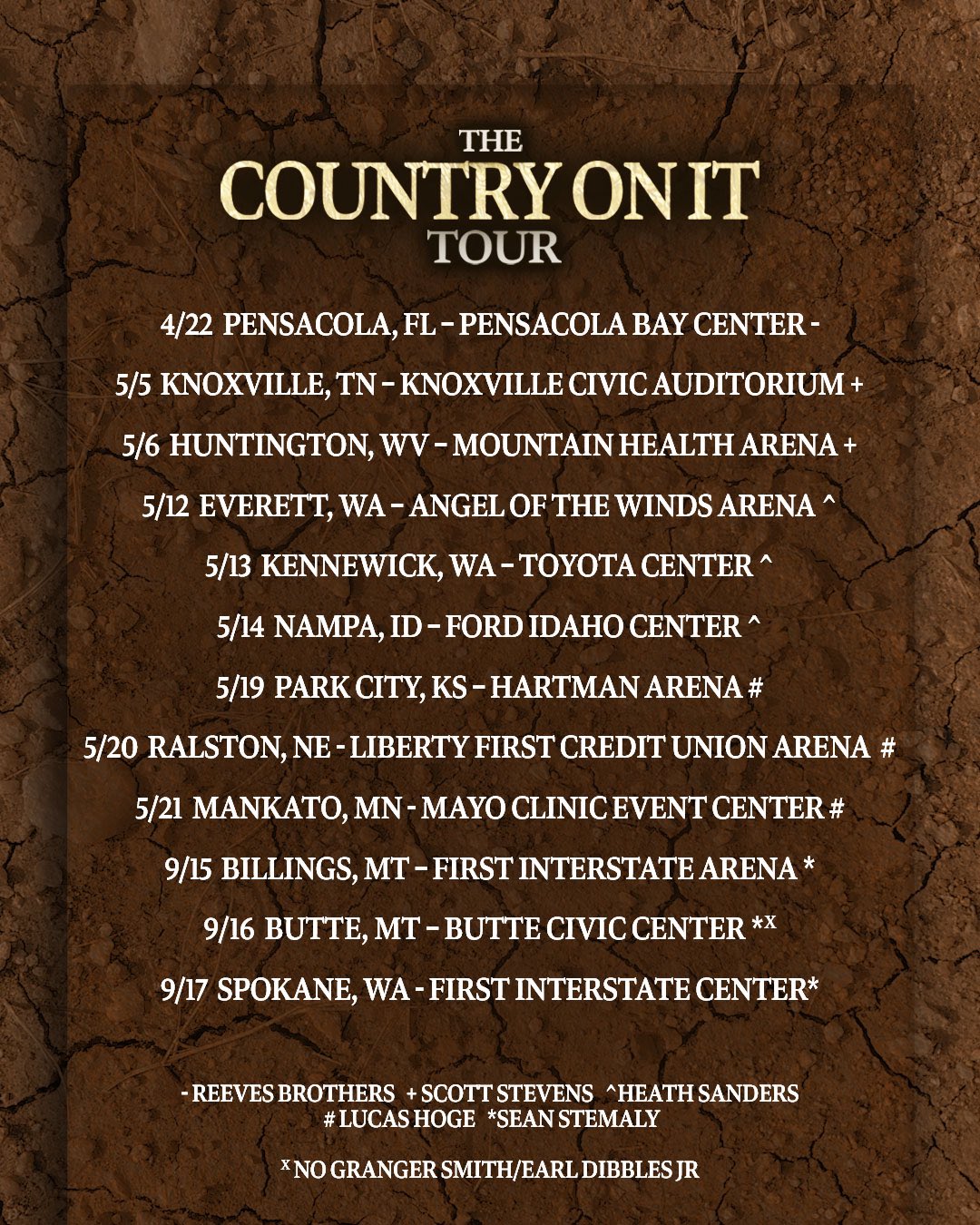