Jesse Keith Whitley: “I Wish Jason Isbell Would Shut The F*** Up” Isbell, of course, was outspoken recently in criticizing the Grand Ole Opry’s decision to have Morgan Wallen onstage to sing his duet, “Flower Shops,” during Ernest’s appearance on the Opry stage.

Last night @opry you had a choice- either upset one guy and his “team,” or break the hearts of a legion of aspiring Black country artists. You chose wrong and I’m real sad for a lot of my friends today. Not surprised though. Just sad.

The thing that really upsets me is bigger than one person’s words. It’s the idea of a young Black artist walking into that venue and wondering if ANYBODY is on their side. What a lot of us consider to be a grand ole honor can be terrifying for some. Doesn’t have to be that way. https://t.co/pxtSQjimoG

But Jesse Keith doesn’t want to hear it.

In a post on his Instagram story, the singer/songwriter and son of the legendary Keith Whitley wrote:

“I wish Jason Isbell would shut the fuck up. You’re not a member of the Opry so your opinion about what or who goes on there.” 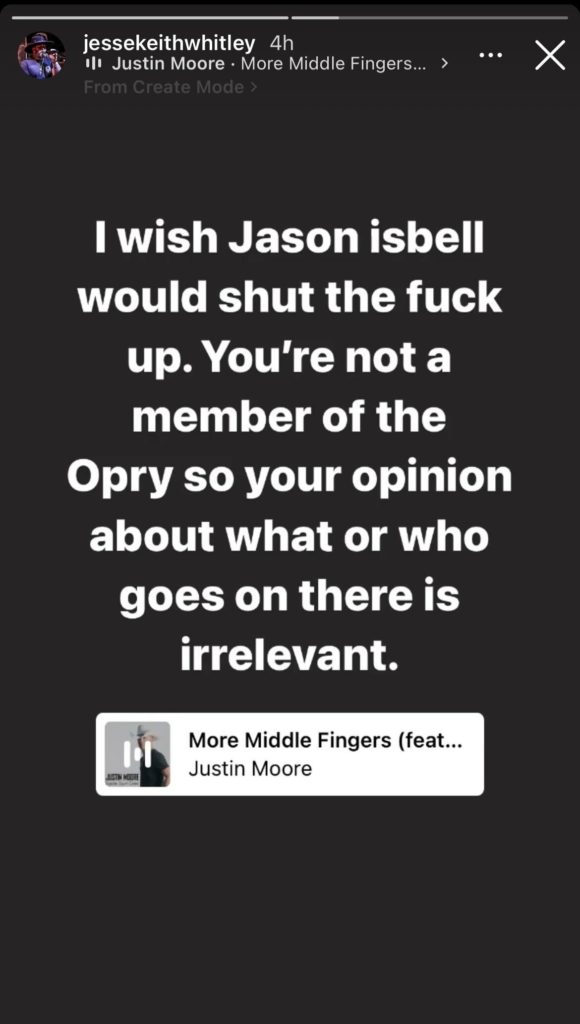 Safe to say we know where both guys stand now.