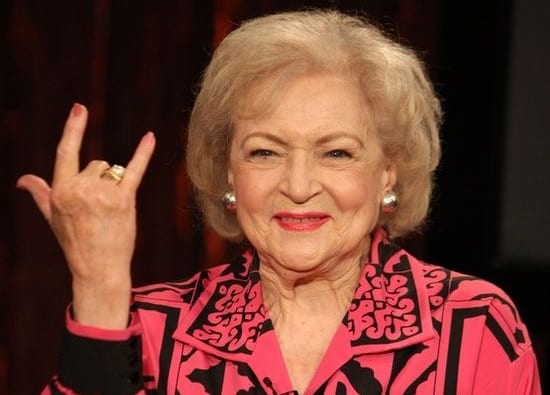 This week, we lost two American icons in John Madden, and now Betty White, who passed away only weeks before her 100th birthday.

Betty White is arguably the most recognizable/likeable celebrity personality this country has ever seen, and her positivity was constantly contagious.

From her extensive acting career on The Golden Girls, Hot In Cleveland, and The Mary Tyler Moore Show, to her hilarious personality on Saturday Night Live, she was a constant mainstay until she passed.

With that being said, she has had a number of legendary moments, and we’re here to relive the best of ’em.

Can I get a “that’s not what your girlfriend said” one last time?

Telling Ryan Reynolds He “Can’t Get Over Her”

Surprising Morgan Freeman After He Won The Lifetime Achievement Award

Meeting People Who Have Tattoos Of Her Face On Jimmy Kimmel