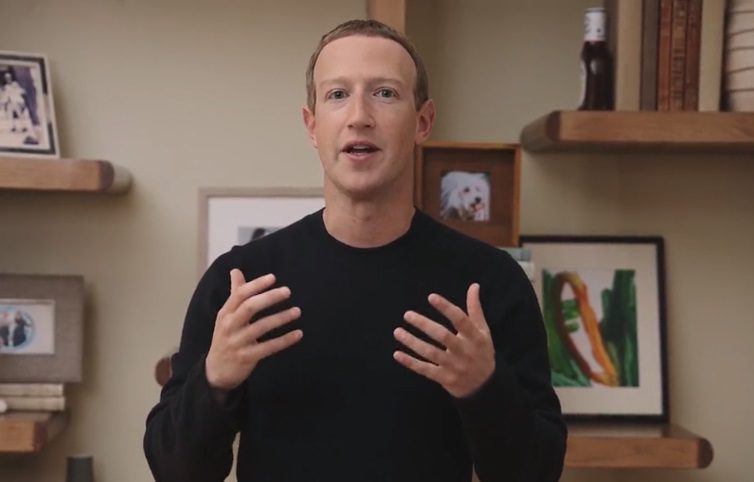 I remember the first time I ever heard Mark Zuckerberg talk, the first thing I thought to myself was:

And then when I watched the movie about him, The Social Network, I was even more convinced…

Needless to say, most of the world has come to a similar assumption.

So naturally, ol’ Zucks has been doing everything in his power to try and prove that he is indeed a normal human being (besides being one of the richest people in the world), and the first example that comes to mind was his iconic “smoking meats” video.

Yep, like any ol’ dad, Mark Zuckerberg likes to smoke some meats. And eagle eye views of the smoking meats video may have noticed that Zucks is a Sweet baby Ray’s fan.

And who could forget that weird Hunger Games, post-apocalyptic spear throwing video?

With that in mind, Facebook announced today that they would be changing their parent company name to Meta. Facebook the application will still be Facebook, but it will just be an app under the Meta brand name along with Instagram, WhatsApp, Messenger, and more.

And yeah, there’s a million jokes about Facebook, Meta, the evil empire and more, but what really set the internet ablaze was the video of Mark Zuckerberg explaining this new phase of the company…

WITH A BOTTLE OF SWEET BABY RAY’S ON THE BOOKSHELF.

Reason 1,192 why Mark Zuckerberg might be a robot pic.twitter.com/pT6ox5RP4G

I too keep a bottle of BBQ sauce in my library. pic.twitter.com/KZQETG2hBe

If this isn't proof we are in a simulation idk what is pic.twitter.com/u8yrwUKDvw

You know in stories where aliens are trying to pass for humans but they get things off just a little bit?

Today's Facebook Connect event features Zuckerberg desperately trying to be in on the joke — check the bottle of Sweet Baby Ray's sauce on the bookshelf pic.twitter.com/zBf1XXsuNu

There's a single error in his AI coding algorithm that mistakes Sweet Baby Rays for a bookend https://t.co/aRkmFjTFnP

Zucc out here trying to be quirky and relatable with a bottle of Sweet Baby Rays pic.twitter.com/4zsOKquffi

Survey says you might be a lizard person too 🦎

Zuckerberg is the type of guy who gets brisket from Franklin BBQ and slathers it with Sweet Baby Ray’s sauce. pic.twitter.com/HQFg0ZSnHg

I love Sweet Baby Rays too but it lives in the kitchen Zuck you fucking weirdo. https://t.co/XycFsRQ0hI

Zuck is just like us! Sauce on the living room shelf pic.twitter.com/nq0QdWISzN

This guy’s got it figured out.

Not to ruin Mark Zuckerberg’s Facebook moment or anything but how long did he think it would take for someone to realize that Meta is an anagram of Meat?

Nice try Mark, you’re a robot. You ain’t foolin’ anybody…