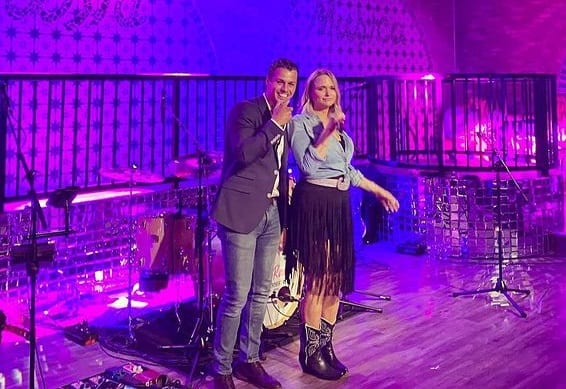 Last week, the couple did a karaoke duet of the Grease hit “Summer Nights” at a party at her new Nashville bar Casa Rosa.

It was a great and entertaining performance, though Brendan doesn’t necessarily have quite the vocal ability of his wife. He took to Instagram to congratulate her for her new business venture and to say he’s going to leave the singing to John Travolta for now:

“Could not be any more proud for Miranda Lambert on the opening of her bar on Broadway, Casa Rosa Nashville .

The love for your art and the passion to stay true to who you are shine in every step of this establishment.

You’ll forever be the Sandy to my Danny but I’ll do the world a favor and let John Travolta keep singing that one.”

I don’t know many husbands who would get up on stage and sing that song, so I’m sure he got points just for his willingness to participate alone.

Honestly, it was a great effort by him and it almost looked like something they had choreographed, or at the very least, had done before. He didn’t miss a beat during the whole song.

And, in case you missed it, here’s their performance: