Many of you remember this one.

Back in April of 2018 we came across a bunch of photos posted to Reddit/Imgur showing a text thread between a couple and their argument over a Kane Brown concert.

The headline popped: guy breaks up with girl after a month of dating because of her taste in music.

Long story short, and you can read below, the guy breaks up with his girlfriend because he wanted no part of a Kane Brown concert. Hilarious stuff. God bless the internet. 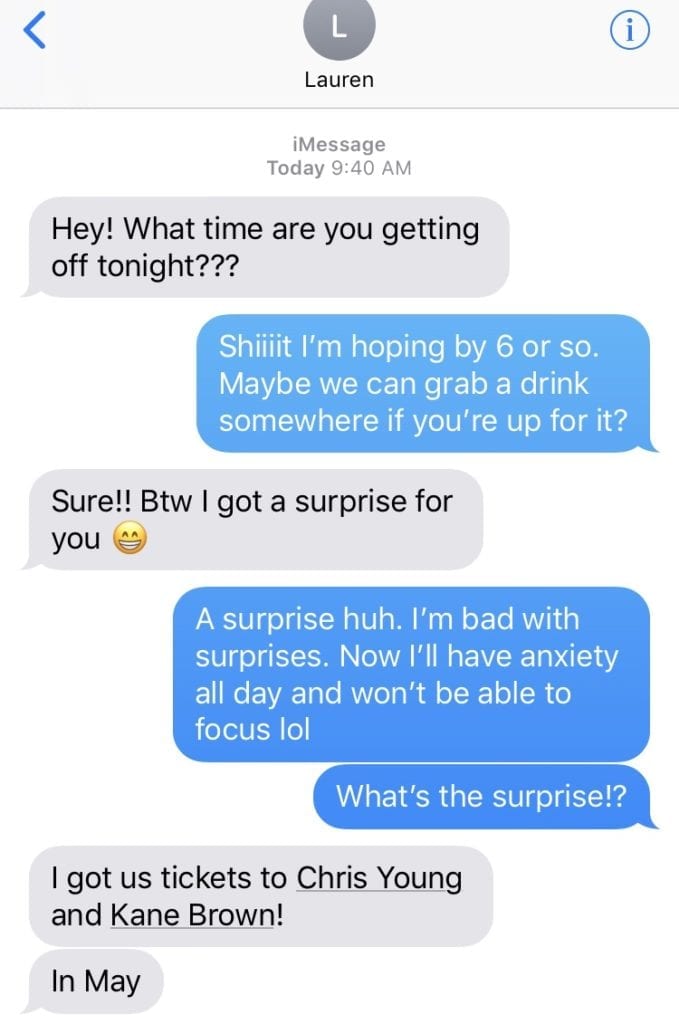 2. The guy clearly was looking to end this relationship in any way possible.

We did some digging and got in contact with the fella to ask him if the two ever got back together. DRUM ROLL PLEASE…

“Did you guys ever get back together?”

There’s that. Time for a beer.