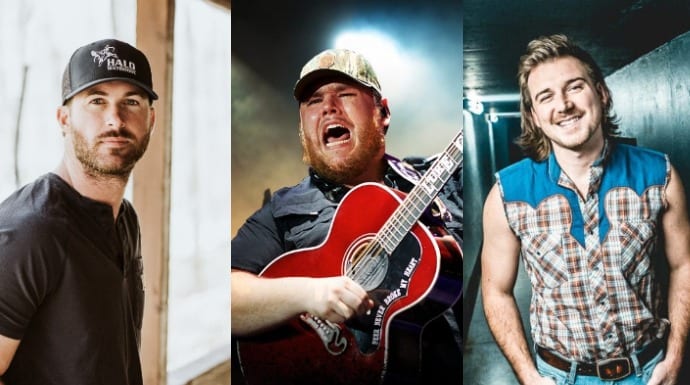 Is festival season back?

To be honest, I don’t know what the hell is going on right now….

Kenny Chesney just canceled his summer stadium tour, Stagecoach was canceled, and CMA Fest was canceled this year as well… but then we also have big artists like Miranda Lambert and Thomas Rhett playing shows down in Texas soon, more artists are doing select socially-distanced dates around the country, and we’re also seeing various festivals make announcements for this year.

Whiskey Myers’ Firewater Festival has plans to go forward this fall, and we recently saw Kicker Country Stampede Festival remind folks about their 2021 lineup (originally announced back in September).

Last year’s Country Stampede lineup was supposed to include Luke Combs, Toby Keith and Cody Johnson as headliners, with support from Ashley McBryde, Riley Green and more, however this year, the lineup is gonna look a little different.

Set to headline the 25th Annual Kicker Country Stampede at Heartland is Riley Green, Morgan Wallen and Luke Combs, with support from Gabby Barrett, Mitchell Tenpenny, Sammy Kershaw, Ashley McBryde, Maddie & Tae, Meghan Patrick, Drew Parker and more. And it should be noted that Country Stampede hasn’t made any comments regarding Morgan Wallen, but his participation is assumed to be contingent on whether or not his suspension is lifted after his racial slur incident this past February.

It all goes down June 24th through the 26th, in Topeka, Kansas, and the weekend will be hosted by Cowboy Troy.

Of course, it all remains to be seen if festivals will actually happed this summer, I suppose quite a few pieces need to fall in place regarding COVID cases, vaccinations, etc… but if nothing else, it gives country music fans a reason to be optimistic about concerts in 2021.