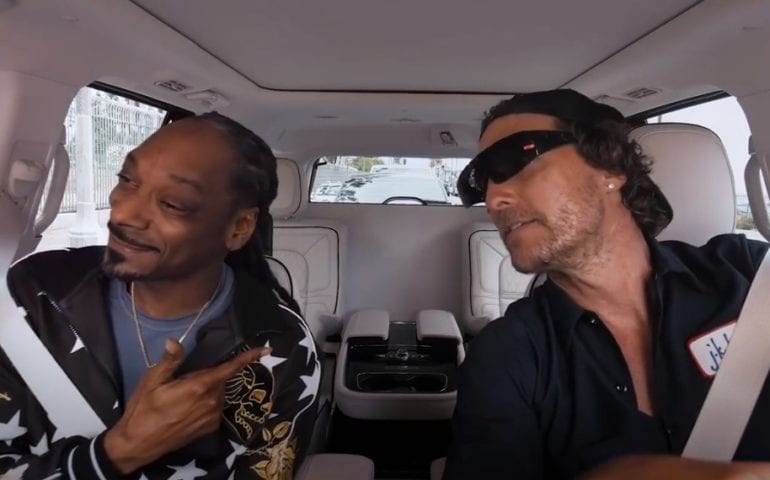 Snoop, McConaughey and Willie… does it get any better than that?

I mean, go ahead and pick three guys you want to grab a beer (or smoke a joint) with, and if you don’t have at least some combination of Snoop, Willie or McConaughey on your list, you’re doing it wrong.

On an old episode of Carpool Karaoke, Snoop and Matthew McConaughey get behind the wheel for a duet of the Willie Nelson classic “On The Road Again,” and it is GLORIOUS. I’m pretty sure you’re not actually driving in Carpool Karaoke, so that would explain why they’re both higher than giraffe balls.

My only question… how is this not a full time show?

I’m just trying to be as happy as Matthew McConaughey and Snoop driving around singing Willie Nelson.