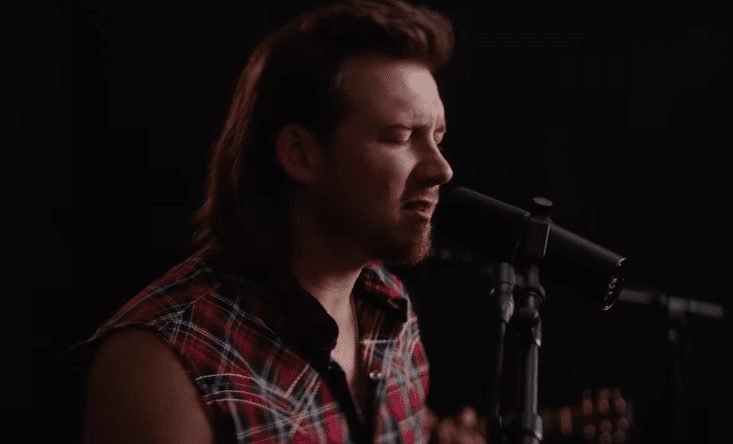 It’s rare to see country radio giving the people what they want these days.

With most radio stations owned by just a few huge media conglomerates, individual stations generally don’t get much say in what’s played on their airwaves – which means that neither do the listeners.

And after Morgan Wallen’s recent n-bomb controversy, the large radio station owners (iHeart, Cumulus, and more) immediately pulled his music from all of their stations.

But one local station in Knoxville decided to leave it up to their audience – and it wasn’t even close.

WMYL, better known as 96.7 Merle FM, is a locally-owned station in Knoxville that doesn’t have to answer to the “big guys.” So they put it up to the listeners and posted a poll on their Facebook page asking whether they should continue playing Morgan’s music or not in the wake of the controversy.

Receiving more than 35,000 votes in their poll, 92% voted in favor of keeping Morgan on the radio, versus just 8% who said he should be pulled.

In a statement on the WMYL website station owner Ron Meredith said that while he was “disappointed” in Morgan’s behavior, he felt uncomfortable with the station owners all making the decisions for their listeners:

“We were disappointed by the behavior in the video. But we were also uncomfortable with sitting in judgment. If you’ve lived long enough, you probably have said at one point or another you were glad that video and social media wasn’t everywhere when you were young and did stupid things.

While nobody liked the behavior, we are a radio station – not in the censorship business. We changed the music on our station last year so it focuses now only on what East Tennessee country fans like.  So, this situation is like being between a rock and a hard place.

We felt uncomfortable with all the different institutions making decisions for country listeners. We didn’t want to do that at 96.7 Merle.”

The results of this poll shouldn’t be particularly surprising.

Not only is Merle FM Morgan’s hometown station, but the fact that his new Dangerous: The Double Album just spent its sixth consecutive week atop the Billboard 200 albums chart makes it pretty clear that his fans are still standing behind him.

It remains to be seen when the large corporate-owned stations will reinstate Morgan and begin playing his music again – but from the results of the poll, it seems pretty clear how the fans would vote if they had their say.