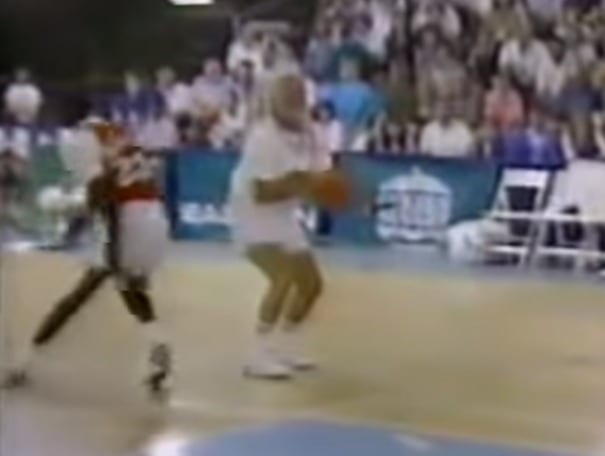 Hard to believe almost a full year has passed since we lost the great Kenny Rogers.

Following that terrible news, the internet unearthed a gem from back in 1988 involving Kenny and none other than Michael Jordan. Back in the day, Rogers put on the Kenny Rogers Classic Weekend in Georgia which featured a pickup basketball game with celebs and NBA superstars.

At about the :08 second mark, Kenny gives MJ a nice pump fake, and drains a jumper. Smooth as silk.

The rest of the game is Jordan mauling everyone as you’d expect.