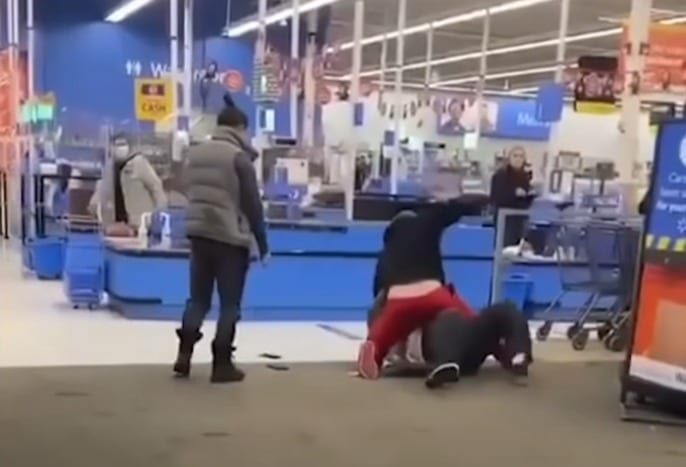 A Dawson Creek (the town, not the show) man was arrested recently after he attacked a Walmart employee for… get this…. asking him to wear a mask.

According to CBC News, police were called to the store last week after it was reported that a customer assaulted an employee who asked him to wear a face mask, which is both store policy and a provincial health order. The man only received minor injuries and did not require medical attention, however the assailant is said to have smashed his cell phone as well.

The greeter, who is about 30 years old, is also a disabled.

Not gonna lie, you don’t expect to see this in Canada. Canadians are the nicest people on planet Earth, and you know who the second nicest people on planet Earth are? Walmart greeters. How this whole thing went south is beyond me, but damn how far have we fallen as a society when people are beating the hell out of disabled Walmart greeters over something as insignificant as a mask.

Also, why do we insist on filming everything instead of helping. This poor greeter is clearly getting pounded into the ground and plenty of people appeared to be around to stop it. A good kick to the head would’ve done the trick, but no, everybody chose to film it. Why? I don’t know…

Thankfully, the scumbag was arrested, and if there is any justice in this world, he’ll have plenty of time in jail to think about why he’s the scum of the Earth.

And this isn’t the first incident we’ve seen this year over a mask.

We saw this guy go bonkers on a greeter in Alaska.

“Please go back to your service of Satan.”

And this guy try to bull rush his way in… and fail miserably.

Not a good year to be a Walmart greeter, eh?