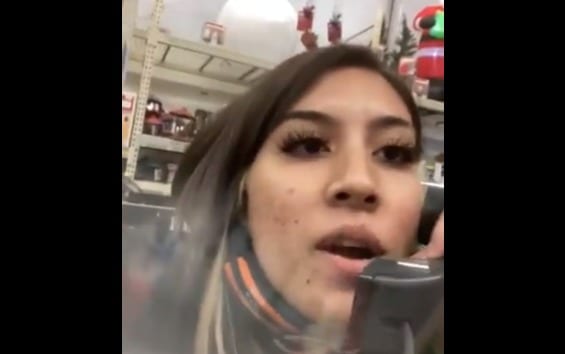 Walmart… what a magical place.

A Texas Walmart employee, or former employee rather, just went viral for quitting over the store’s PA system with a full throttle tongue lashing of the people she worked with.

Granted, there is always two sides to every story, and I’m sure Walmart will investigate, but according to her, it wasn’t pretty.

Namedropping various employees, including Jimmy from Sporting Goods and Larry from Garden Center who are “all perverts,” she tore the entire company a new one.

The video has since gone viral and is garnering support from other Walmart employees that hate working there too.

Finally quit my toxic job that was making me absolutely miserable for a year and seven months. Fuck Walmart. pic.twitter.com/CHtXASwVDy

According to Fox News, Walmart spokesperson, Anne Hatfield, said the company is investigating the claims.

“Walmart is committed to a diverse and inclusive workplace and we take every allegation very seriously. We have spoken with the person in the video and are actively investigating her claims.

Walmart does not tolerate any form of discrimination or harassment in any aspect of our business.”

Someone else, who happened to be shopping in the store at the time, also managed to catch the rant.

The Chattahoochee River Rider – Get yours HERE.