20 Years Ago Today, Dale Earnhardt Went From 18th To 1st In Six Laps At Talladega For His Final NASCAR Win 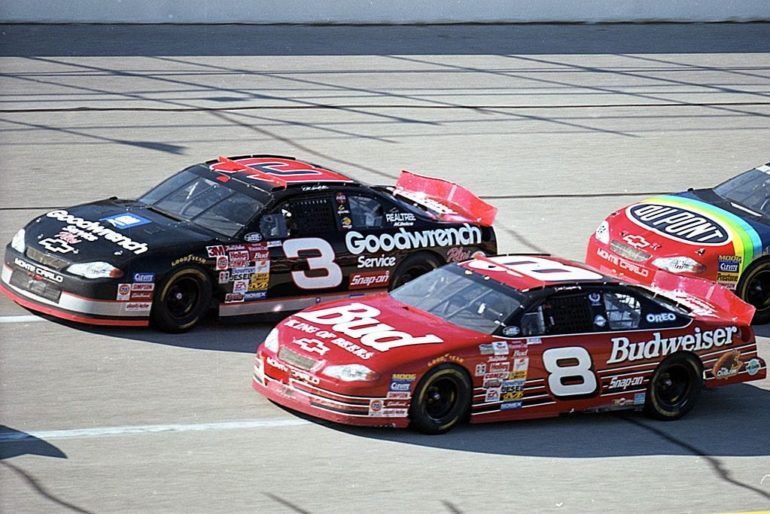 7 Cup championships. 76 wins. But perhaps none more impressive than his final win, which came on this day 20 years ago at Talladega Superspeedway.

There are certain races from his career that Dale Earnhardt fans will just always remember. There was the 1998 Daytona 500, when he finally broke a 20-year winless streak in NASCAR’s biggest race. There was the “Pass in the Grass” during the 1987 Winston All-Star Race. And the bump-and-run on Terry Labonte on the last lap at Bristol in 1999.

Earnhardt was Mr. Restrictor Plate – he won more races at Daytona and Talladega, the two tracks that used restrictor plates on the engines to slow the car’s speeds, than any other NASCAR driver in the 1990s. His car owner Richard Childress claimed that Dale could see the air moving around the cars.

Earnhardt’s black #3 Chevrolet was beat up by the end of the race. He had had a bad pit stop before the last restart that left him mired back in the field. And the laps were winding down.

With 6 laps to go, Earnhardt got a push from his off-track friend Kenny Wallace and the two began to move up to the front of the field, slicing his way from 18th position to take the lead just before the white flag lap.

Wallace had his teammate Joe Nemechek behind him to give him a push if he decided to jump out of line to try to pass the 3 car for the lead – but he didn’t realize it, because he didn’t recognize Nemechek’s special-edition Charlie Daniels paint scheme in his rearview mirror.

But for one final time, 20 years ago today, Dale Earnhardt proved why he was one of the best to ever climb into a NASCAR racecar.