Dad With No Mask In Socks and Sandals Farts Into Costco’s Intercom, And The Thunder Rolls… 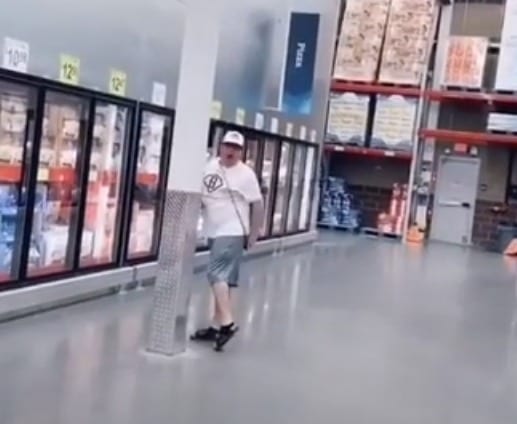 If there’s one video to perfectly describe 2020 – this is it.

I did some digging to add context to this clip, but there’s not much out there.

Here’s what I assume – the middle aged man/dad wearing socks with sandals was asked to put on his mask at Costco, didn’t want to, so instead of putting one on, or peacefully leaving, his animal instincts kicked in and he ripped a fart into Costco ‘s intercom system.

You back a rabid animal into a corner, he’s going to fight back.

It reverberated through the warehouse like an encore at a Garth Brooks concert, just as a nice lady (wearing a mask) turns the corner.

And the thunder rolls…