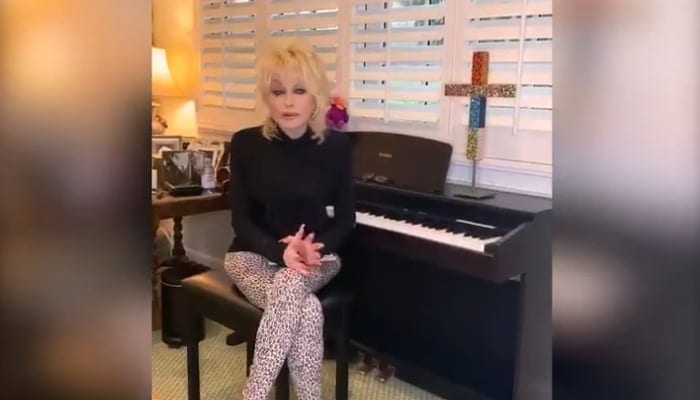 Oh man, when Dolly Parton cries it hits you hard.

After news came out of the passing of country legend Kenny Rogers earlier today, Dolly Parton posted a tribute to her “friend and singing partner on her social media while holding a picture of the two legends on stage together.

You never know how much you love somebody until they’re gone. I’ve had so many wonderful years and wonderful times with my friend Kenny, but above all the music and the success I loved him as a wonderful man and a true friend. pic.twitter.com/hIQLIvt8pr

Dolly and Kenny of course had the iconic duet, “Islands in the Stream,” which they sang together for the last time at Nashville’s Bridgestone Arena in 2017 at Kenny’s last show.

Watching the way they interacted on stage, with Dolly playfully swatting away Kenny’s arm and then putting their arms around each other, you can see how much these two meant to each other.

Two legends of country music, performing one of the biggest songs in country music together for the last time.

We need to appreciate and take the opportunity to see these legends when we can.

Because yet again, today we’re reminded that they won’t be around forever.