Brantley Gilbert Stops Fight: “Shake Hands And Say ‘I’ll See Your A** In The Parking Lot'” 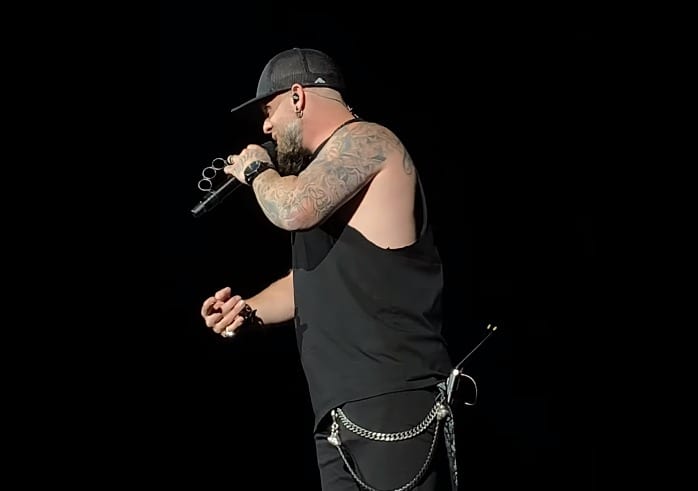 The machismo was running rampant at a Brantley Gilbert show back in September.

The fans at the concert just outside of Buffalo, NY saw Gilbert have to stop the show because of a couple fighting asshats near the front of the stage. Brantley starts by saying “there’s only two reasons you ever fight at a show…”

1. “You think you’re impressing somebody – we ain’t impressed.”

2. “You know someone is going to break it up before you get your ass whipped.”

Both true. Gilbert pointed out there were kids near, so the fans started a nice “asshole” chant as the guys were escorted out.

He ends it by telling the guys, “shake hands, and say ‘I’ll see your ass in the parking lot.'”

The fight came as Brantley was introducing one of his most meaningful songs, “One Hell of an Amen.”