In the wake of the Carson King controversy, it’s safe to say that some Iowans were pretty pissed at Busch Beer. After all, the kid raised nearly 3 mill for children fighting cancer, and their parent company, Anheuser-Busch cut ties with him over some admittedly foolish high school tweets from 8 years ago.

So how do you get back on the good side of your most loyal fan base? Give them a 56-pack of beer and donate money to the local farming community. According to Busted Coverage, that’s exactly what they did.

And, if you know anything about Iowa farming, you know they’ve had one helluva rough year. We’re talking a historically bad year thanks to heavy rainfall and mass flooding.

The 56-packs will run you about $50 bucks, and can unfortunately only be found in Iowa, but if Natty’s limited edition 77-packs proved anything, it’s that people lose their minds over giant cases of beer.

Drink a beer, help a farmer… I mean look at this beautiful thing.

Busch Lattes for everybody. 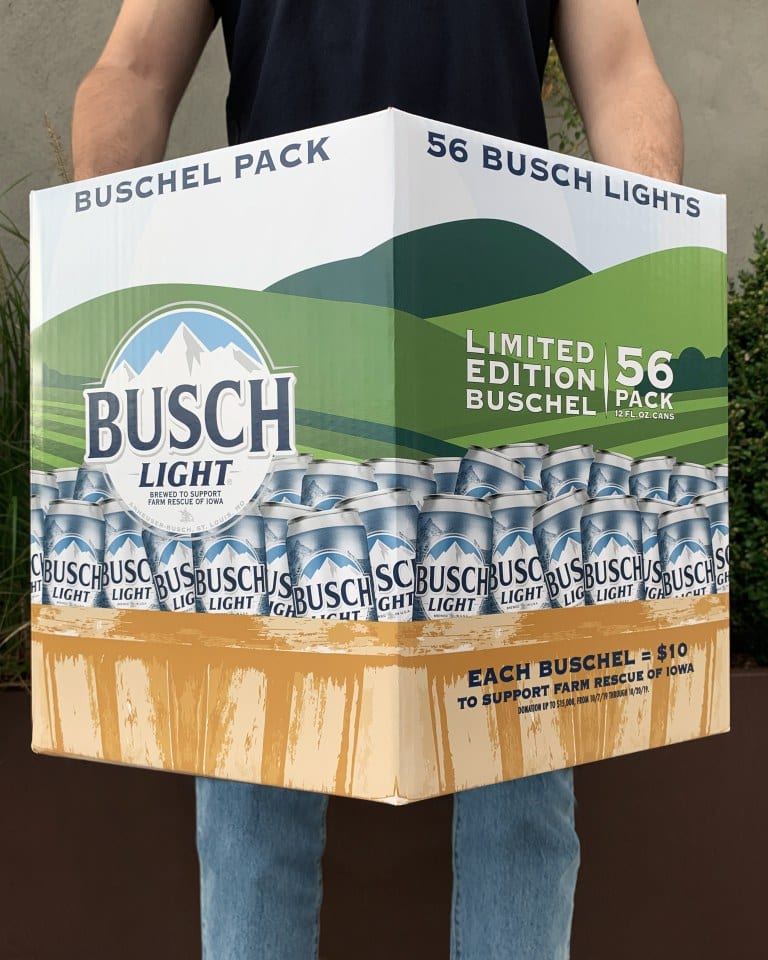 Click here to get your new favorite shirt from the Whiskey Riff Shop.