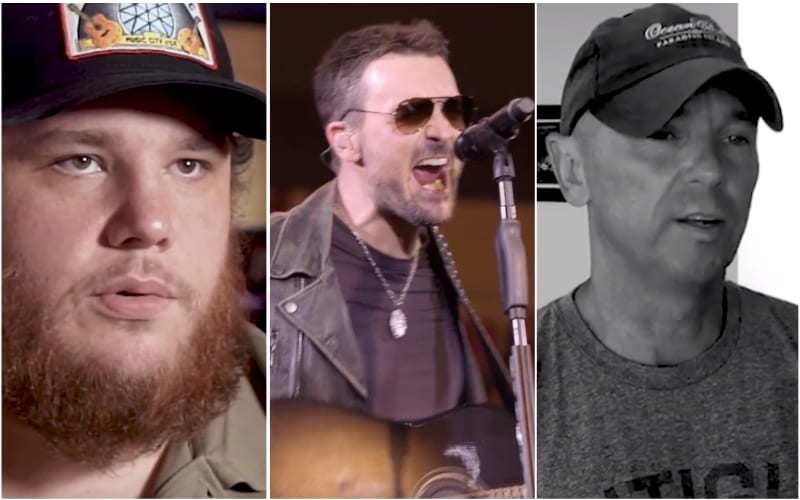 Earlier this week, Eric Church and his team had a party to celebrate two #1’s in Nashville for “Some Of It” and “Round Here Buzz.”

A standout moment from the celebration came in the form of a tribute video made for Church by his peers.

TONS of the biggest artists on the planet offered their time to be a part of the video that honored the best entertainer in country music.

Artists that appeared in the video were:

“The thing I’ve always admired about Eric is the truth in his calling…He’s non-categorizable,” said Keith Urban (his current single “We Were” was written by Church, Harold Ryan Tyndell and Jeff Hyde). “Record to record, he’s gonna infuse whatever is speaking to him at any given time into what he’s doing, but his narrative as a writer and his voice is the through line for me. Everything I hear of his, that rock-steady Northern Star that connects all the different experiments that he has in record making is great songs…They should all go number one, Eric.”

That video was something I’m not ready to address yet,” Eric said, clearly emotional from the words others had to say about his influential music.

That was one of the coolest things – no, that’s about the coolest thing I’ve been a part of…My intention was always just to try to make great music, write great songs. And to see it matter is really something.”

But I will say this after seeing the video; I’m not done. I’m not retiring. I’m not dying…I look forward to kicking their asses every night on stage,” he jokingly ended with.

Enjoy the video – and yes, we riot if he doesn’t win Entertainer of the Year.