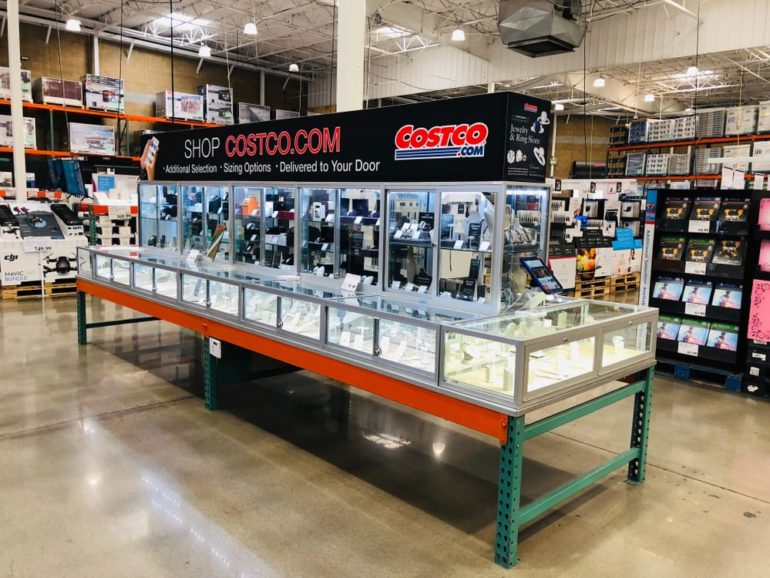 Gotta love a multi-millionaire that still isn’t above shopping at Costco. I could be friends with a guy like that.

According to Bloomberg, Costco saw a significant spike in sales in the past quarter thanks to some guy balling out on a monster engagement ring purchase. According to Costco Wholesale Corp. Chief Financial Officer Richard Galanti there was “significant diamond ring purchase, in the $400,000 range,” he said to analysts on a conference call last week.

While there aren’t any details into the actual ring, it’s safe to say that it was probably this one.

It might seem absolutely ludicrous to buy that nice of a ring at Costco, but according to Igal Dahan, who has made jewelry for stars like Kim Kardashian and Elton John, you’re getting more than a monster ring, you’re getting a monster deal.

“The price point makes sense, it’s a good price point. You will pay at least 30% more at a luxury jeweler,” he said, factoring in the cost of advertising, marketing and retail expenses that other jewelry stores tack on. At a store like Tiffany’s, that very same ring would go for over $1 million dollars.

Well shit, apparently I should’ve gone to Costco to get my fiancée’s engagement ring.