Kentucky Teacher Arrested For Doing Vodka Shots In Class, Cursing At Students, And She Blew a .317 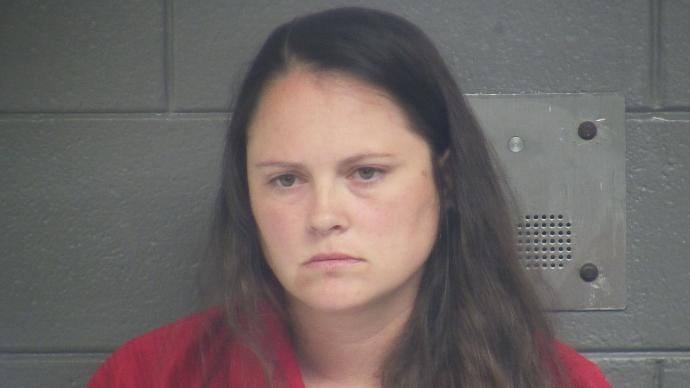 Brook Ellen West, 32, was arrested in Georgetown, KY for alcohol intoxication in a public place and endangering the welfare of a minor.

The substitute teacher claims she took four vodka shots at 11am but when police gave her a breathalyzer test, she blew a .317. Look, I’m no scientist, but I think she did more than four shots to blow a .317. Ever been to a bar that has one of those breathalyzer machines where you and your friends all get dangerously drunk to see who will blow the highest? Think about how difficult it is to blow a .317.

To me, that sounds like four vodka shots and maybe a couple three Long Islands.

On top of being drunk in class, she was cursing at the students who were 11-13 years old.

She doesn’t look thrilled below, but she doesn’t look like she just blew a .317 – I’m guessing it was a nice plastic bottle vodka. Popov perhaps? Maybe Skol?