You can always count on Urban Dictionary for a good laugh, and most of the time, a brutally honest definition whether you like it or not.

I decided to take a look and see what Urban Dictionary had to say about all the cheap beer brands and even though most of them are hating on my go-to cheap beers, the responses are still hilarious. 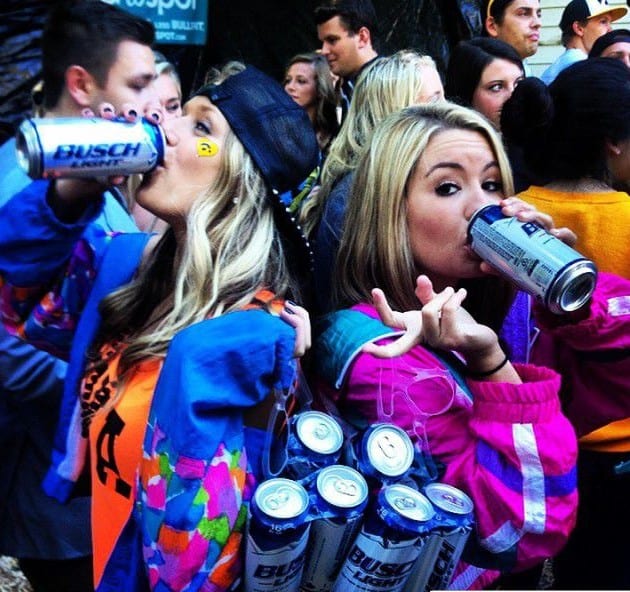 “Another brand of bottled water.”

“The working man’s beer. Reserved for meat eaters, beard sporting, axe wielding, flannel wearing men who dominate everything they do, and enjoy a good cheap beer at the end of a hard days work. Often used in bottle form to hone coordination skills by throwing empties from a moving vehicle at road signs. Commonly “shotgunned” in Montana by shoving ones thumb straight through the can.”

Hey I just killed this bear with my bare hands, toss me a Busch light.

“Pabst Blue Ribbon (PBR) is a lot like the band Bright Eyes, Hipsters love it, but everyone else thinks its liquid shit.”

I woke up at 1pm and drank keystone till 6am while smoking blunts of the chronic every couple hours but didn’t pass out because keystone allows you to consume record amounts of beer and feel fine the next day.

“Quite possibly the worst beer ever made. Hardly even qualifies as beer. A good beer to get shitfaced on after you’re already too drunk to realize it tastes like piss. Very popular for beer pong. Also known as ‘natty’.”

The distinct aroma of Natural Light is of piss and motor oil.

“A golden beverage, triple brewed by the gods themselves. Miller likes to take credit for this elixir of life, but we’ll let it slide since they sell it for an astonishing $11.29 a case. If anyone ever tries to trick you into buying natty light, slap them and tell them, “No! MHL is way cheaper and has a high alcohol percentage, bitch!” Glass bottles of Miller High Life is astronomically better than canned Miller high Life. The first sip usually taste like blood and nickels but its okay because the rest are awesome.”

We should get Miller High Life. That idea just made me so hard.

“The most delectable beer you’ll find in a convenience store. It comes in a soothing green glass bottle and is one of the only beers in existence that actually tastes *better* in conjunction with cigarette smoking.”

Rolling Rock is truly the cat’s meow. I want to pay to have Old Latrobe relocated to my backyard.

“(n) a fine affordable beverage, not found at dinner parties, will get you trashed for $3”

Yo homes, pass the Schlitz.