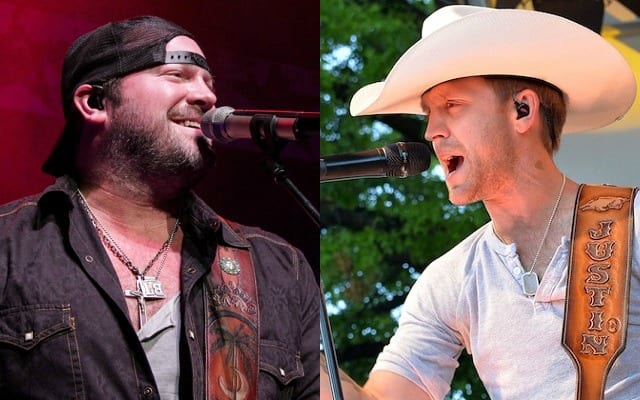 Justin Moore and Lee Brice are hitting the road together next year, for what we can only guess is going to be an amazing co-headlining tour featuring William Michael Morgan and Brett Young on select dates.

“It’s very exciting to get back out there as a headliner,” says Moore, whose fourth LP, Kinda Don’t Care, released in August, was the singer’s third to bow at Number One. “To be able to do it with my buddy Lee is even more exciting. I’ve been a fan of his for a long time. It’s gonna definitely be a party every night.”